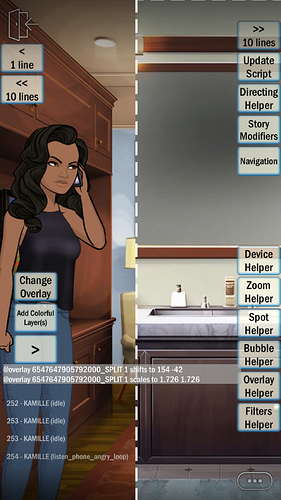 Place it offscreen with the shift command using “in 0”. Then just shift it onscreen in however many seconds you want. @overlay OVERLAY shifts to x y in zone # in [number of seconds]

How are you so amazing dara.amarie

Has an answer for aaaanything ik it’s amazing

I have another question. Now how do I shift the overlay and the character in frame at the same time?

Did you use it before or after the overlay command?

It didn’t work. My character popped up

I used that because my screen pops up and character as well, this is how it works for me.
but you can make your character to walk to the screen if you want after the overlay shows up

Ohhh I see what you mean, but thank you

Hey, what did you do when the character exited off screen with the overlay?

Used walk to spot (offscreen) and fade out an overlay

Oh okay, thank you (: because I had some trouble with it yesterday