@Melani3
Could we please get an animation where characters are actually carrying someone?

Including:
• the fireman’s lift
• piggy back
• bridal style

Because currently our only option is to improvise (see below for my example of improvising) and it simply doesn’t look good or natural enough. 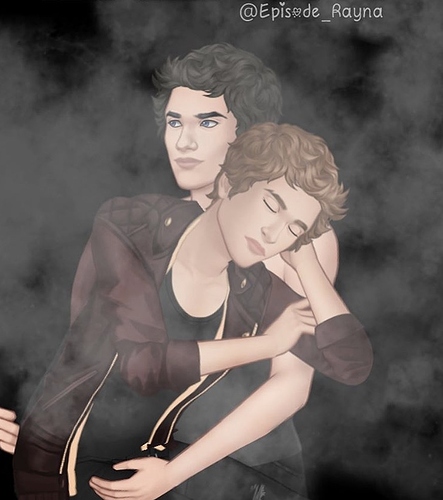 Support!!! I am tired of using overlays!!!

Same. It’s a lot of effort, and doesn’t even look right when we try to animate them. Because the overlay moves slightly out of sync with the characters.
A carrying animation would make things so much easier.

Support!!! I am tired of using overlays!!!

or when you have to do the crowdsurf animation…

Are those two brothers?

Tell me about it, that looks even worse.

or when you have to do the crowdsurf animation…

No, they’re friends.
They’re called Thorn (black haired guy) and Bray (brown haired guy). They’re characters from one of my old stories that I published back in June 2019, called Anarchy. (It’s more of a post apocalyptic story, about a world without adults. Where only the children and teenagers survived the outbreak, and they have to find a way to cope alone in a world that’s currently collapsing into chaos and anarchy. The story is currently hidden though, because it needs a lot of work doing to it as I’ve learnt a lot more about coding since I first published it.)

Are those two brothers?

Oh it’s not about zombies, I meant a deadly virus outbreak.