“I’m sick of getting anxious for the stupidest of things”

I feel ya. lol

If a post inside of a private message is flagged for violating the forum rules, yes. One of the forum team will inspect the flagged post as well as the entire private message in order to make the best decision based on the context of the chat. That is the only time the team reviews private messages

I don’t respect the disrespect.

“I’m sick of getting anxious for the stupidest of things”

So don’t PM with snitches is what you’re saying.

Reminder: Discussing anything pertaining to suspended members is not allowed on the forums. This includes mentioning the user’s websites, projects, etc. Please keep this in mind when posting “anonymously”. If it continues to happen (especially with no one to speak to due to the posts being anonymous) the thread will be permanently closed. This also includes the anon post’s that break rules regarding talking trash about other community members as well. Just because you are anon doesn’t mean you are not held accountable for what you post.

Everyone needs to read this!!

“Can we seriously stop with the “this is bad for the children on the app” bs. First of all children aren’t even supposed to be on the app, and it’s definitely not an author’s job to keep rogue ten year olds in mind while writing a story.”

Yeah I agree with this. Why should we have to make our story a certain way for kids that shouldn’t even be on the app?

Guys I won’t be posting anything regarding the other forums which shall not be named. I’m getting a lot (I’ve gotten like 5 since yesterday) and when I post them they keep getting flagged so just keep in mind if you send one in that mentions it I’m not gonna post it.

“I picture @amberose as a replica of Amanda Seyfried… Anyone else?” 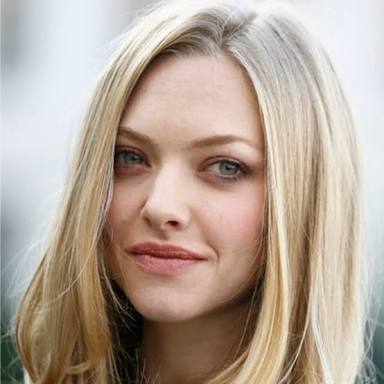 Well now that you say it…

“As a male author myself, I can say MOST male authors are either not recognized or underrated. Sure, people like Joseph Evans and Lucky are male authors who were well recognized but other than them, I can’t think of other male authors. I’m not saying that female authors are overrated but rather that male authors should also be recognized. Heck, I’m even too shy to admit to my friends I play and write Episode because they think it’s only for girls. - your one and only male author”

Yeah I don’t think male authors are recognised as much as they should be. The reason is probably because there’s nowhere near as many male authors as female authors, the majority of authors are female, hence why they’re usually more popular. Not saying it’s fair, but that’s how it is lol.

I can’t unsee it

Sksksk I’ve actually had this comparison irl before

I wish I had that comparison in real life lol

“Okay I’m kind of batsh*t crazy cuz whenever I see someone being toxic/rude on here/insta I just wish I could make them regret it. Stole someone’s art? Oh, here’s your home address… The police are a call away, let’s hope the artist can’t sue! Trolling and cyber bullying? WELP, let me just become an Instagram manager and ban your entire IP address from all of insta. Catfishing? Welp, here’s a group chat with the person ur impersonating as well as a police officer, have fun! Xoxo like I’m pretty sure I have a problem