Any forum users from Indonesia? I need help

The previous post of this topic has been removed, sorry.

Thanks to @shellos for help on one of my characters who are French. And about my other side character (could I call her that or something else?), Violet. I’ve decided to change her from being from Bhutan to Indonesia. And now I need help from any forums users who are from Indonesia, so I won’t misrepresent her. In case you are wondering, here is what Violet looks like: 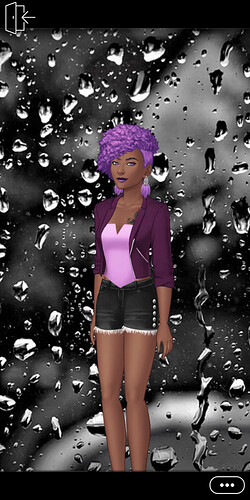 Now that you’ve seen what she looks like, here are my questions:

Feel free to provide me with any more important information I should know about her ethnicity (for the record, she’s also part African-American).

ah i am from the netherlands, so can’t help with it. i know france but i don’t REALLY know it.

i can only answer 3 out of those questions and #3 she looks like someone who would be from paris,paris is the capatial of france its also the center for art,and fashion
#6 depending on witch your asking for i know that in france/paris they eat a lot of pastries like macaroons and croissants
#5 For french people they dont really have a spasific look to them they kinda just come from there and for the outher one if ther asian there eyes

glad i could help

if you have specific countries I recommend to write those instead of just eruope and Asia. example I live in Europe but I know nothing about any other country than the one I live which is Denmark.

I do mean in the title btw

Oh, right! That too!

if you have specific countries I recommend to write those instead of just eruope and Asia.

I second this. I’m European too but I live in Italy, which is on the other side of Europe compared to Denmark. Quite different and well separate cultures here.

If I may, I can try to answer this

My country (Italy) borders with France and Switzerland. I’ve been to both before and tbf I’m not the best at distinguishing French from other Europeans. Abroad in Europe I’ve been mistaken as a German a couple times, just to make an example.

I went to Nice on vacation a few years ago. I got there by train since it’s not that far from the French-Italian border. While I was there, there were a lot of times when I couldn’t tell Italians from French, Americans or Germans

Well, luckily for you and me, I wasn’t stereotyping Elodie based on her physical appearance, but you make a good point. And thanks for telling me which European countries speak French

Ah no, I didn’t imply that. It was just to prove a point that sometimes it’s hard to tell if someone is French, German, Spanish or Belgian until they speak. And no problem!

Oh, I would definitely appreciate it! Can I pm you?

Thanks! I’ll send you a message in a moment!

Any users viewing this and want to help, refer to the first post of this topic before replying. I’ve changed the title and questions of this thread.

(I am not Indonesian) - I am from New Zealand.
There are some things that I know, however, that could help you. I’m very surprised no Indonesians responded to this topic?

These are what I think I know.