If yes I would be really grateful for any information about modern Indian life in the reservation. I plan a story where the main love interest is native American and while he lives in the city his whole family is in the Indian reservation.

Part of the story will happen there too and I would like to show the differences between a common American life and the one in the reservation (I still hope there are some in the spiritual and traditional way) Even I am finding out my own tribe (to be sure I will not offend anybody) I would like to show it realistic - ist there anybody who has the experience and can help me bit out?

I have found some articles about it on the internet but I would prefer to check.
I read several articles about poverty and comparing reservations to the third world… so I would like to check how much is this true.

Well I mean I’m Alaskan Native (Athabaskan) but you know i live more modernly like with phones, NBA, Doritos etc. But my Aunt lives in one of our villages and they live in modernized huts but they catch all their food, wear skins of animals, cook with fire, etc. Its quite normal and I believe anyone can live like that. Alaskan Natives are modernized but some of us still cherish our values.

But honestly be careful with your story. Most Native Americans aren’t the ones who get offended by that kind of thing its usually non-native Americans trying to defend us. like with the Cleveland Indians sports teams or Pocahontas.

I wouldn’t consider Native Americans living in poverty if they live in a village the village is more like a team and like I said they make a lot of their things. At least Athabaskans do.

I have read this article: 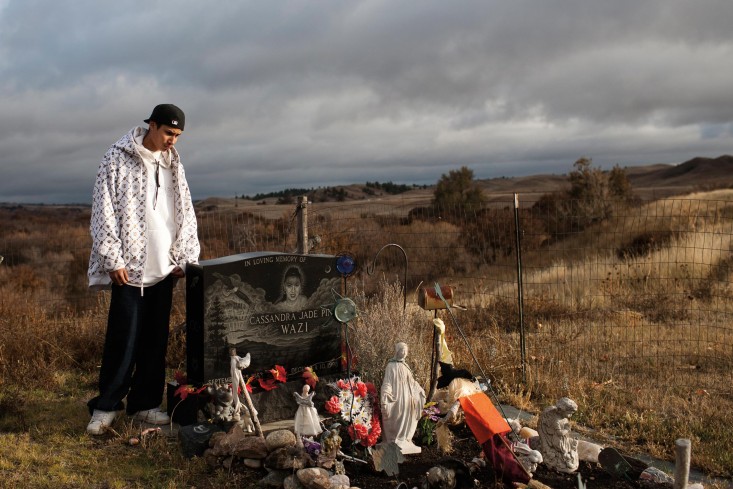 What life on a Native American reservation really looks like

For the residents of Pine Ridge, South Dakota, existence is caged by invisible borders.

Which was a bit shocking for me so I wanted to check…how bad it really is.

Also, do you know anything about how the Indian casinos do work? Especially regarding the money - - is it so the money goes to support the tribe or is it in nowadays owned by private person or company…

Also another question - is is easy or more dificult for native american to get good education?
Also if the young decide to leave the reservation and live like common american… will it be more like accepted by the family and tribe or will thay seem him more like traitor.

The same queston if he would have non native american girlfriend - will thay tend to tolerate it more or think its not right?

It depends for education if they live in a village or a city or town. The education isn’t as good in villages as most would like.

If a native chooses to leave a reservation it would not matter as it is his families choice. He will always be Native American just choosing a new lifestyle so no, they won’t see him as a traitor.

It would not really matter if his girlfriend wasn’t Native. In fact some reserves have African Americans as well as Caucasions. Race won’t really matter as long as you honor it.

Thanks you so much for answering my questions!! - I am from Europe so I dont really know much about it accept what I have seen in films.

Also What I would like to know - and hopefully this will not sound strange or offending - but if there is still some kind of let say bitternes because of the past towards white people?

I noticed that african american still tend to point out the skin color like saying “I am proud to be black”… but I have the feeling if white american would reply I am proud to be white it would kinda be offending or…god this is so hard to explain. Or that thay do call themself nigga like joke but if white would say it it would be offending…

So is there something like this also in native american culture towards white people? Are some topic more sensitive to mentionem being white?

Honestly most Native Americans I know and know of don’t have anything against white people. In fact a lot of Native Americans deal with racism from both blacks and whites they also deal with
A life expectancy 20 years shorter than the average american.

continued genocide courtesy of the US government and /or Canada.

bigots who hate you for the benefits they think you get.

having your culture decimated by those who today point and laugh or simply shake their heads and wonder “what’s wrong with those Indians?”

As far as offensive words there aren’t really any at all it’s about how you put words together like mocking our language because one word can be like 25 letters. As far as the N-word both blacks and Native Americans can say it.

Wow I had no idea about the shorter life expectancy - what is the reason?

Also, English is not my native language - so I better ask what you mean by “genocide courtesy” I am not sure my brain translates it right.

The shorter reason is because of things like hunger, illness, freezing, Or racist genocide.
Genocide courtesy is a deliberate plan to destroy a group of people for example when someone of another race wants to kill all Athabaskans because of either they don’t like Athabaskans or their own belief.
That is genocide courtesy.

And this is happening in goverment ?
Like there are groups of politicians who plan this??

Oh no! That means they are waiting for the government to do something about the mass genocides

sorry for that:) So there is still genocide happenning on native americans and goverment doesnt do much about it?

Sorry I probably sound dumb asking like that but but sometimes the language is bigger barier.

Some governments are working on ratifying them. So it should get better!

Thank you really. This was extremely helpful for me.

Hey !!
I am from india …
What do you want to know about us???
Can you tell me specifically…

I am looking for information about life of native american in reservations nowadays - I posted my questions above in discussion with Shadows so if you have anything to add feel free to ad your experience or point of view.

I just thought you want to know about india. Culture or the family atmosphere of indian house…
If you want to about that then feel free to ask…
I actually don’t know about native american reservation …