Being told to change my genre

I received this message:

Since your story would need to climb the ranks and be reviewed again when you move it to the correct genre, your story Abducted_HD has not been reviewed for trending in Comedy. Please change your story genre to Sci-Fi.

Please be advised that not changing your story’s genre could result in it being blocked from trending, and continued engagement in this activity could result in your account being temporarily or permanently suspended from the Episode platform.

To be honest I don’t really care if my story is trending or not. But the reviewer is clearly wrong. While it is set in space, it’s definitely a comedy. It’s so silly that the entire premise is ridiculous. Being told that it’s not a comedy is almost an insult to me.

I don’t want to get anyone angry, but I’d rather keep it in its correct genre and not have it trend (I’m a largely unknown author, but the people who like my stories know where to find them and appreciate them.)

If you think your story/stories are in the right genre then keep them there! You know your story, and what’s it’s about. If you think it belongs in a specific genre, then keep it there. (Sorry if this came off as rude)

To be fair many stories are in the wrong genre. Espically comedy half arent funny. But I havent read your story. So I cant come with opinions on it.

Here proof @line123462 @epi.sophia she put it in wrong genres looks at description and story tittle 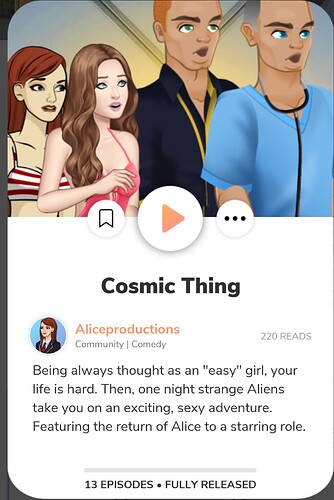 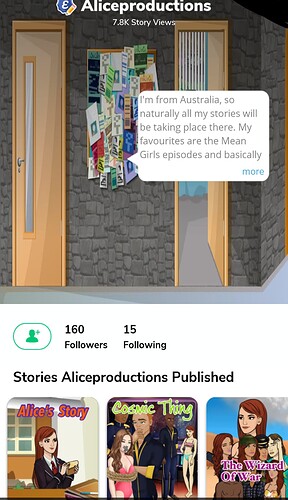 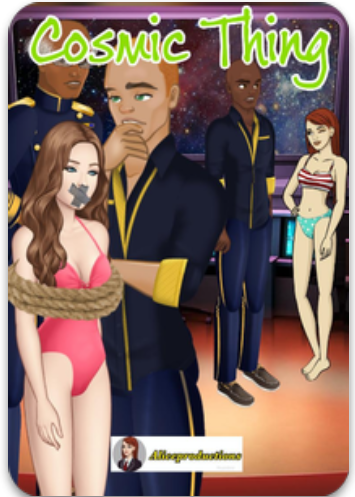 do you know episode community not insulting you and not your story , your going way to far they are saying to put the genres you put in the incorrect genres to the right place it should belong in Because it in incorrect genres cause if they block you’re from your story from episode app that was review when you don’t change it will get blocked and as you not have readers and more because the story be remove and hidden so follow community episode rule and don’t argument back to community because they same one will help your story and update stuff for story to get readers , As episode community same one helps the community of forum and episode app and others story if there is a problem them tell them and you see what they said to you @AJ_PELZER if it was in right genres they would not send you email because i know that episode take they times to check to makes sure that it in right genres and i know they are right so please change that genres in sci - fi because it about space @AJ_PELZER because episode community have work they hard times and they are trying to help you but if they said that story not in right place then change it . and episode community takes they times weeks reviewing story you don’t know what they have to do to review and stuff for it but please don’t said they insulting because they not because they telling you to change the genres of the comedy to Sci - fi because it about space .

@AJ_PELZER i have a question what your story about because if it in space that mean it is a sci - fi because it about space and Science fiction so it is SCI - FI Because the community is saying right genres but if your story about funny face and funny jokes and stuff that part of comedy action it is comedy so it how you plot the story but if there is a mistake from episode community reply to them and tell them that you was making a comedy because when the community review they makes sure to take they times to review so there no mistake so please pm them if you have a reply for community to them tell them about your story .

This example of Sci - fi in story genres

Science fiction (sometimes shortened to sci-fi or SF) is a genre of speculative fiction that typically deals with imaginative and futuristic concepts such as advanced science and technology, space exploration, time travel, parallel universes, and extraterrestrial life.
This is example from Comedy story genres different then Sci - Fi

The sci - fi and fantasy base their storyline on the fight between the protagonist and the enemy or the so-called monster, while the horror tends to emphasize the emotional struggle of the characters. The sci - fi intends to predict the future; fantasy delves deeply into the past, while horror mostly deals with the present.

Comedy is any work that is intended to incite laughter and amusement, especially in theatre, television, film, stand-up comedy or any other entertainment medium. It dates back to the Ancient Greeks, originating from the comedy literary definition which refers to a medieval story or narrative involving an amusing character that triumphs over poor circumstances, creating comic effects. The tone here is light and satirical and the story always ends well.
[/quote]

and if it was comedy community episode should have said it because comedy is about making people laugh and telling a joke and doing funny stuff like making funny face , doing prank something that is comedy @AJ_PELZER

Sorry I really can’t understand your post. I’m. It being rude but to me they are unreadable

To be honest I don’t really care if my story is trending or not. But the reviewer is clearly wrong. While it is set in space, it’s definitely a comedy. It’s so silly that the entire premise is ridiculous. Being told that it’s not a comedy is almost an insult to me.

What @Kande10 is trying to say is that your story takes place in space. It contains alien themes and in real life, although I couldn’t deny that we have space exploration, but we don’t know a thing about alien’s existence yet, therefore it should be considered a science fiction. In this case, comedy becomes a sub-genre instead.

but she saying they readable when they are not the theme she choose is in the wrong genres episode i know that episode community takes they times to check over everything as for weeks , day , month and so on we never know how much times they put to check over story that how much chapter we have in the story .

because if they remove story as to put it on block it never get readers to story and not be on shelf .
All i trying to do is save her story for her so it don’t get blocked but i don’t know what her problem if episode said change genres to sci - fi.

because it about sci - fi .

but i don’t know why she said it being rude because i not sure what her problem but way she blamed episode community is really rude they are trying helps her.

but she takes advantage but Thanks you

just like when the movie you watched on YouTube , Netflix you can see sci - fi as when the word end it is a sci - fi Because if the science make the creature in monster it will destroyed humanity so as that part of sci - fi.

because as description said for her story it about Sci - fi so episode is not wrong episode community are right about Genres . They are not rude and not readable episode Community read everything in the story.

But the fact is the story is played sorry for laughs. Having aliens in it is irrelevant. In bad boy bachelor the men can turn into bears. It is still listed as a comedy, not horror or supernatural. When the main story is focussed on comedy and the space setting is merely a backdrop, I don’t think it should be sci fi. Someone how is expecting a sci fi story would be disappointed reading this as it doesn’t flux on the small si fi aspect of it and would find that it is okayed for laughs
@Kande10 im sorry I still can’t read what you said. All I could make out was robot. I can assure you there are not robots in that story

In bad boy bachelor the men can turn into bears.

Hmm… Weird. I have only heard of werewolves, never were"bears", if you get me.

But are you sure it’s in comedy…? I can’t find one that falls under that category. I do find a lot of Bad Boy Bachelors under romance, drama, even action so I’m a bit confused of where did you get this idea that men can turn into bears.

Having aliens in it is irrelevant.

So, if only your alien characters become normal human beings, then the story would still work out?

I think the best you can do is just to change it to sci-fi. You don’t want to get your account suspended.

Hate to say it, but since it takes place in space, that automatically makes it Sci-Fi/Comedy, with Sci-Fi being the main genre.

All I can advise is that you alter the description a little and maybe put Sci-Com (Sci-Fi Comedy) somewhere in it.