I have a scene in a chapter I’m working on where there appears to be black bars on the top and right sides of the screen. When I preview it on the website it looks fine, but the bars always seem to appear when I preview it in the app. The only thing different about this scene from the others is that it has a sepia filter on it, but that’s it. Does anyone know how to fix this issue? 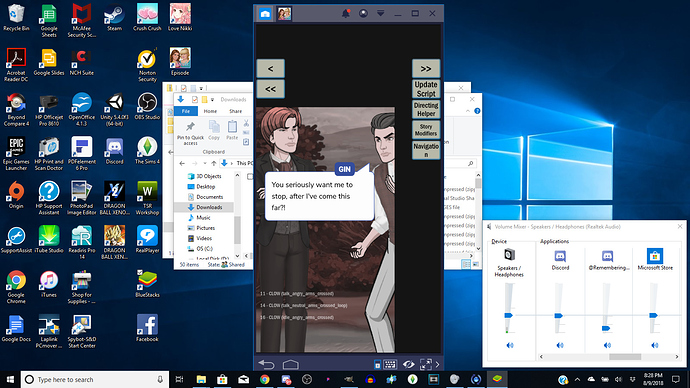 The black bars are what are “outside the screen” You could get there using the zoom button. I use the black bars to put my characters offscreen when there isn’t other zones. Seeing as this isn’t the published version (since there are all the buttons around it like spot and zoom, it’s fine. You might have accidentally zoomed out using the zoom button.
hope this helps!

That was my first thought, but I tried zeroing out the zoom and it didn’t fix it. This is also the very first scene in the chapter, so there’s no previous zoom to interfere with it.

Hmm… I have no idea, but you should save it, exit your story, wait for a while, then get in again. I sometimes have glitches that happen to my story, like instead of being able to preview it, I get muddled black coded words line after line. it’ll probably go back to normal afterwards seeing to exited it.