I need help with scripting! In my script I always get the “There is a on { line 394 that does not have a matching }” I’m really confused because I saved the script before and it worked fine. I added a bit of stuff in the first choice but now it won’t save?

I’m actually a new user so I can’t post more than 1 image. Even though I’ve been writing way longer than I have been a part of the forum community. I’ll send the rest of the script in the replies. 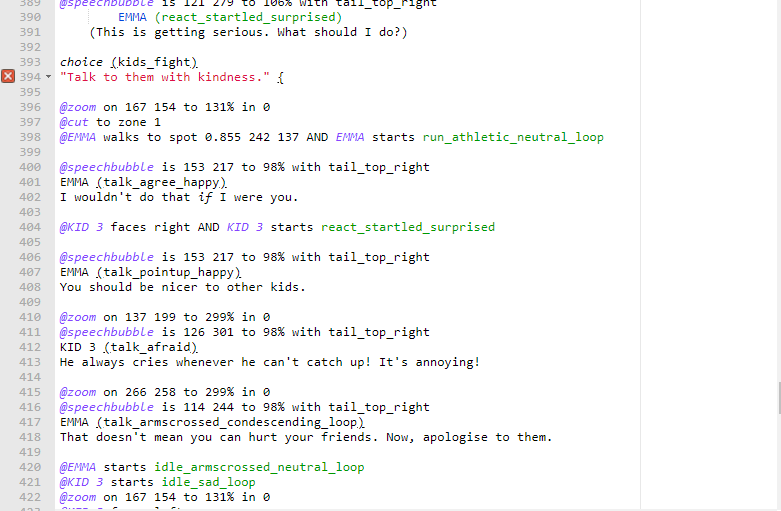 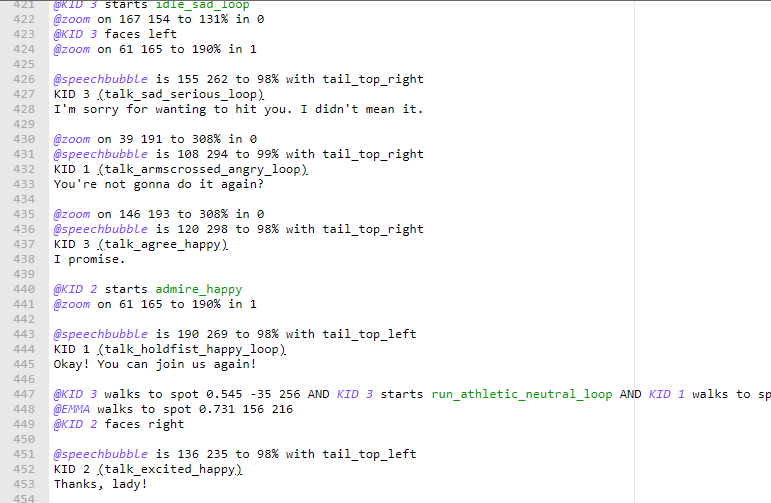 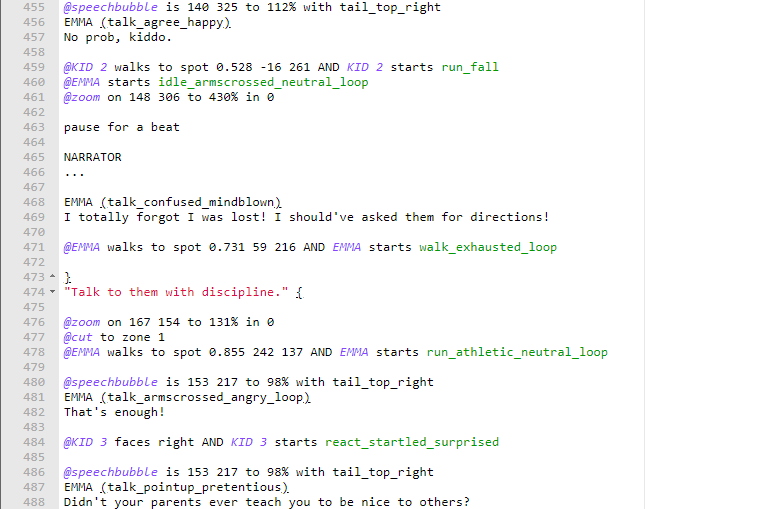 Try putting the } matching with the first choice on the same line as the second choice instead of the line before it.

Thank you for replying!! I did try that before and I still got the error. 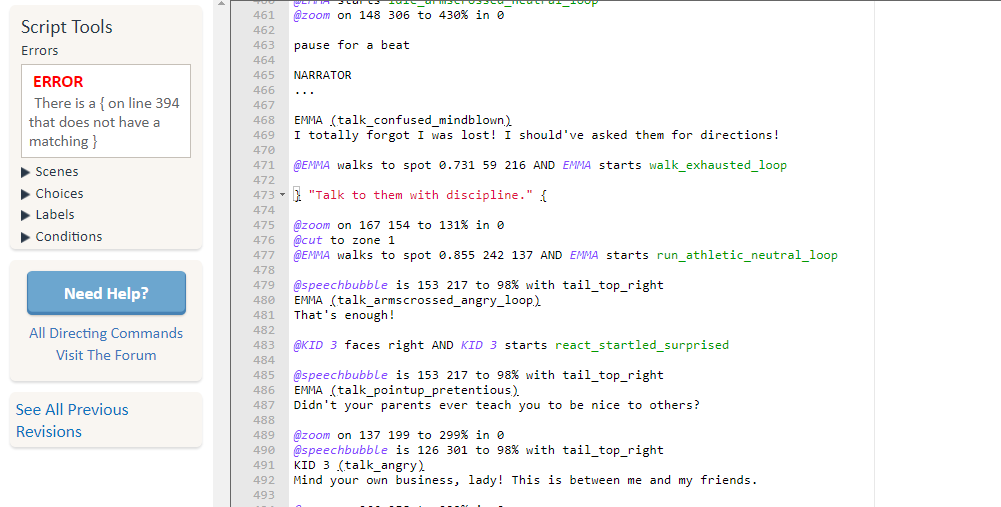 Strange. The brackets seem fine to me. Maybe it’s because you didn’t make pause for a beat a command, so it’s confused about what to do with that line? Try doing @pause for a beat (near the end of the first choice) instead and see if that solves it.

Thank you so much! It has been fixed and it wasn’t the brackets at all. I just didn’t realise that I missed putting an @ when writing pause for a beat near the end. Thank you!

Glad I could help! Good luck with your story.