Can someone help me with overlay “talking”? idk lol

place a character off-screen, then adjust the speechbubble’s position!

it’s really cool that you’re able to make a custom pose!
well, if you already have the overlay and everything, you can just put like a

is that what your question is asking? if you need any more info, please ask! 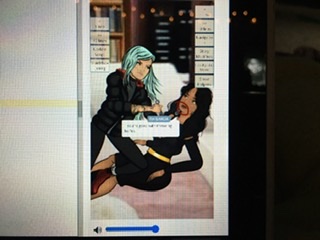 (sorry for the bad quality.)

Put the overlay code before the speech, and use & instead of @ so that it plays at the same time.