In some scenes, when characters are talking, they change their animations, but the text doesn’t.
How did they do that?

I’ve never tested it but you could try

Thank you! I’ll try and get back to you!

Ohp, you have a cake next to your name

I am very confused 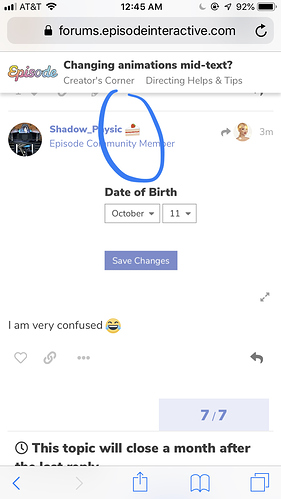 it’s a anniversary cake, that’s mean on this day you joined the forums

For two or more animations while dialogue

Adjust pause time to your preferences