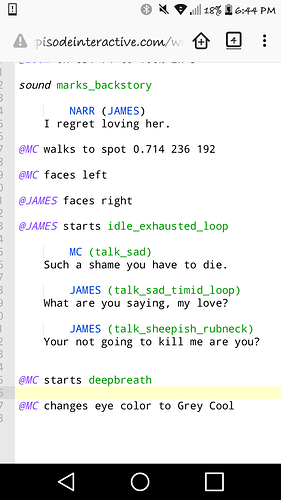 (It’s eyeColor, I believe. It’s specific, but you gotta!)
Hoped this helped. If so, ask Sydney to close this thread. PM me if you need more help!

Did i do something wrong? 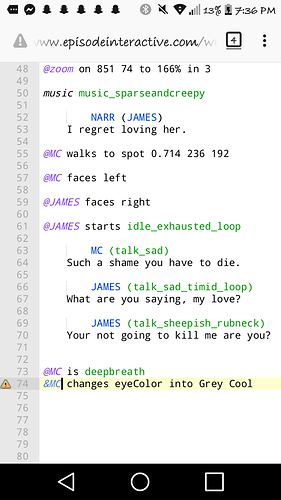 What’s the error that it listed?

It’s worked for me, that’s why I suggested it. But & might not work for everyone. @ probably will, though.

Thank you i got this to work 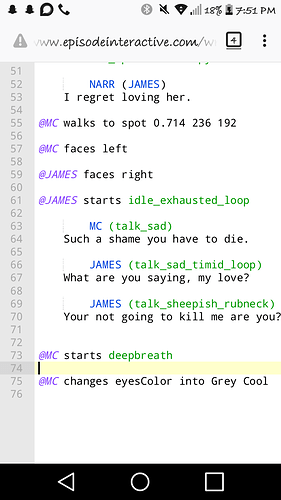 No, unfortunately you’ll have to make a new outfit as far as I’m aware.

The & is there for making action together with somethin below it (eather @ command or Character speaking…) but because it was the last line the script noticed something is missing.

For example if you want 10characters to make animation in the same moment you write 9 with & and the last one on last line will have @.