In my story, I have made it so that people can choose their own name, so for example if the reader writes the name “ALLY” it is there when I review it in the app. But if I read my story (where I use passes) it just says FIRSTNAME.
How do I make so the name the reader chooses stands instead of there just stands FIRSTNAME?

I think its elif but idk 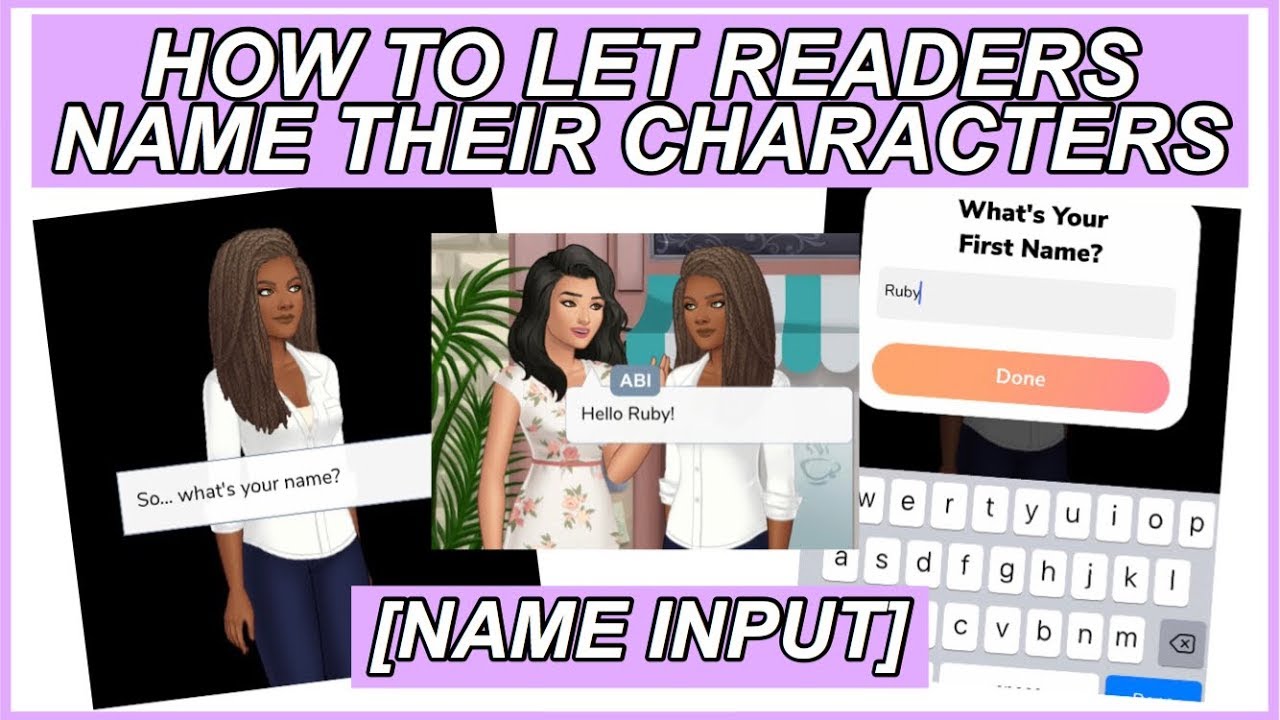 if (CARISSA is “”){
NARRATOR
You need a name.
goto first_name
}else {
continue
}
NARRATOR
Okay now [CARISSA], be careful of the choices you choice.
They will lead you down different paths, which could lead you down a different ending.
Not all choices will effect the story’s outcome.

Just remember to put around the name (you assigned as the display name ) if you want a character to talk to them using there name.

You can’t enter a blank name anymore so you can remove that command.

you can after you created the character. So when you change the way the character looks. you change the display name to nothing. so blank. I just did it and it worked but that will cause no name above the speech bubble. use [ character name] if someone is using the name to talk. so basiclly you can name the character whatever you want and have other ppl call them what they want.

if (CARISSA is “”){
NARRATOR
You need a name.
goto first_name

I was referring to this part. When you ask the reader to name the character. They can’t leave it blank. The app won’t accept it.

No they have to name the character. On the computer it says autobot, but on the phone you have to at least put two letters or numbers in.

She’s talking about the if/else part. It’s no longer needed since you have to type in a name to continue. She’s saying you can remove that if/else part from your script since it’s useless.

Learned that in one of your posts

I’m not sure if I have the correct problem you have in mind but here are some notes: