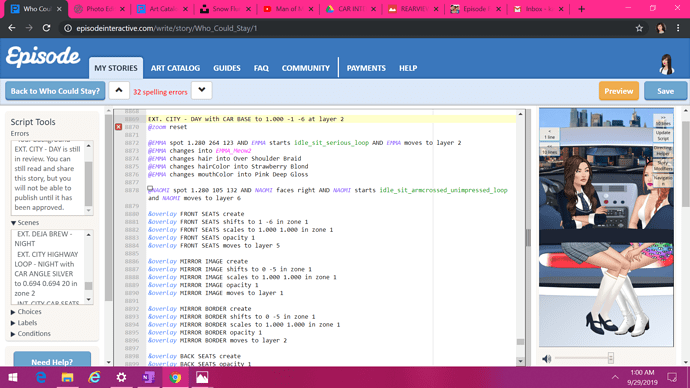 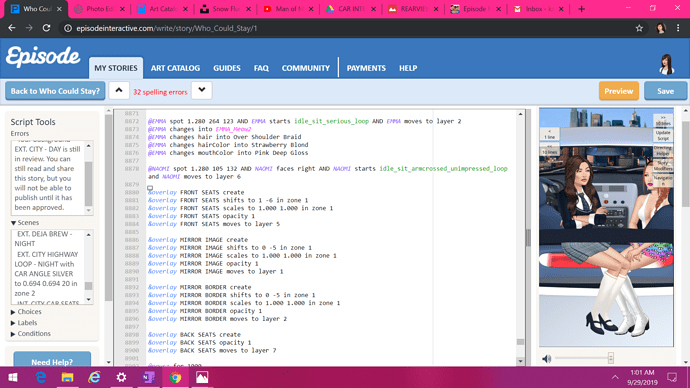 I’d try moving the characters back a layer or two. If you put them in layer 2 maybe? Im pretty new on episode writing so someone else might be able to give you better help.

The characters are now behind the overlay

i’m confused, don’t you want the characters behind the car base overlay?

Yeah I’m just as confused as to why they are doing that. I do want them behind the car, but not completely behind the car overlay.

you just need to put everything on different layers then,
for example the front seat overlay on layer 1 your characters on layer 2 the back seats on layer 3 and the car base on layer 4

I’m not sure why when I move the car overlay higher, my characters keep being behind it completely.

can you send me more screen shots please? of what it looks like when they are behind completely 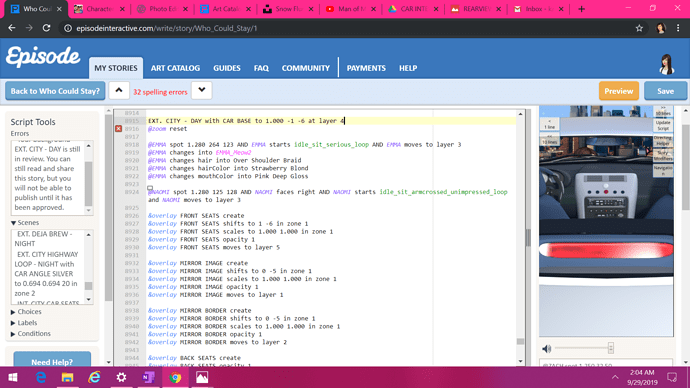 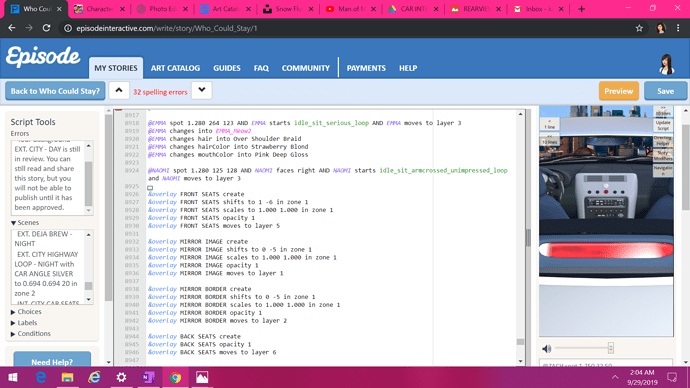 i think i see whats happening, at the top you have EXT. CITY - DAY with CAR BASE to 1.000 -1 -6 at layer 4.
and then you have your characters at layer 3 if you want your characters to be in front of the car base (which i’m assuming is the one they’re behind now) you have to put them at a higher number. try moving your characters to layer 5. also, is that red thing a separate layer? is that the back seats? if so, you would put that on layer 6

Hm that fixed the placement issue but their legs are still overlapping.

is the car base overlay that you used connected to the red thing in the photo you sent me?

Oh yes, the red thing is a part of the car base overlay.

thats why, if you don’t want your characters to be sitting on the red thing you would have to make a separate overlay and then put that overlay on layer 6. I can make it for you if you want? 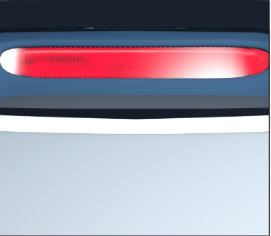 I was just thinking about that. I can make the overlay. I just wasn’t sure if there was a way to where I wouldn’t have to make one. But I believe I would need to ask for permission from the original creator if I’m able to.

okay! yes you should do that! do you have anymore questions?

I don’t think I do as of this moment. Thank you so much for your help! I appreciate it.

No problem! PM me if you have anymore! I’m happy to help (: