Character Walking from Opposite Side

Hello, not sure what I’m missing here, but for whatever reason MCREFLECTION character is entering from the opposite side instead of same side as MC, which makes no sense when they’re starting spot is exactly the same…

What are you trying to accomplish, maybe I can help?

So you want them to show up on the opposite side from the screenshots if I’m correct?

If so, I can try with my own mirror reflection background/overlay to correct it the way you want

So the first screenshot she’s coming from the left, which doesn’t make sense.

I need both of them entering from the right side like a reflection would in real life.

So yes, one character needs to be coming in from the opposite of what they’re doing now, and that’s MCREFLECTION. MC is correct. 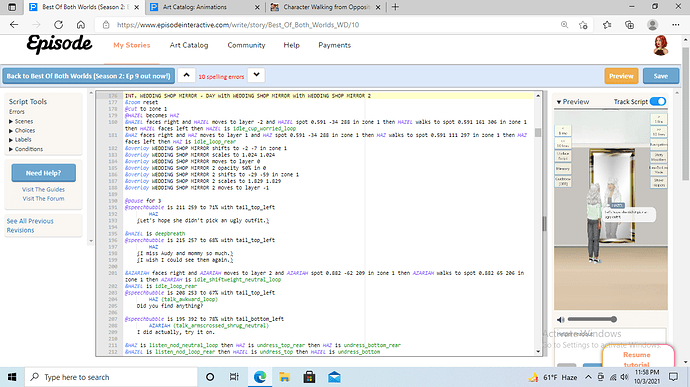 Thank you! I thought I was going crazy there for a second, that fixed it perfectly