Where did you preview it? on the app or on the web previewer

Name the outfit something else

You have to get rid of those brackets []

You gotta get rid of the brackets. It should be @CHARACTERSNAME

I know, that was just for the name, but I still don’t know what’s the problem 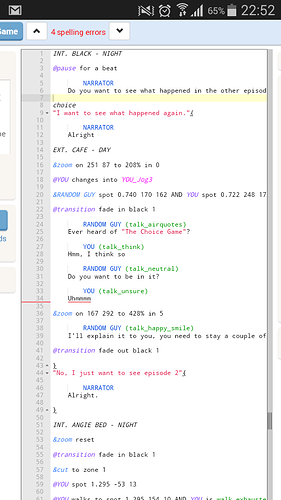 Where did you preview it? on the app or on the web previewer

Did you tried previewing on both?

Yes, I though it was just some kind of bug so I was previewing it on the app on mobile and it was just the same…

1.You could try writing this code on line 15 before the zooming?

2.Is it the same with other outfits as well? Did you try switching the YOU_Jog3 outfit with something else?