I believe that a character (in visual media) is further accentuated by the clothing that he or she wears. In this thread, I’ll be posting some of the clothing ideas I have gathered, so feel free to modify them and use them at your own will.

I probably won’t be making modern ones, because modern fashion is quite easy to put together.
I also am doing this all in Limelight currently, but may also post Ink ones later on.

If you don’t know, I also make backgrounds and overlays, so you can check out my drive, which is linked on my profile.

For my first post on this thread, I decided to go with pirates and assassins, just because I think there are very common assassin-like clothing and I believe pirates in stories wear the same thing first.

There are two “assassin leggings”, which are these 2: 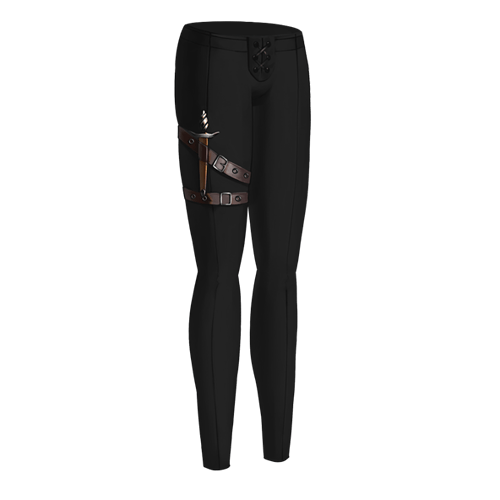 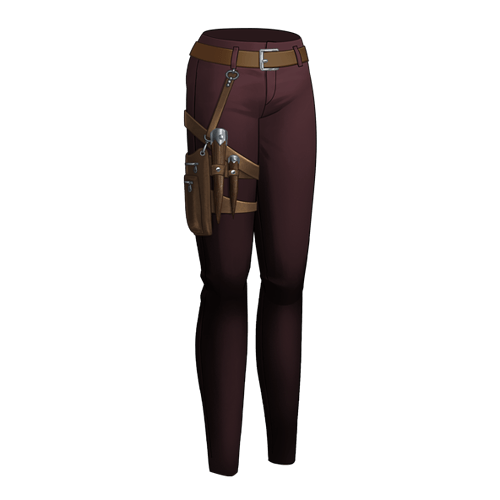 I much prefer the latter, because I dislike how the first one curves from the knee down. The selection of weapons is also a lot more varied in the second one (and it’s a more recently updated one)

My first clothing idea is for a fantasy-like assassin: 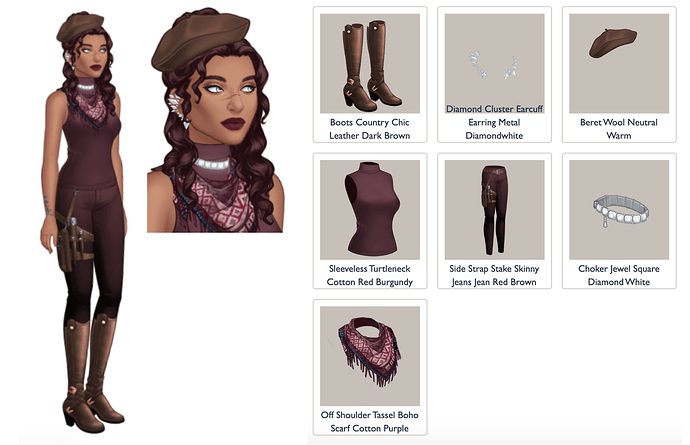 The reason why I did a close-up on the face is because I coordinated the running theme of ice blue for the eye colour, choker, and earrings because the assassin clothing theme is leather-y and plum.
I think assassin clothing should follow a general colour scheme, because they don’t want to draw too much attention either; however, portraying assassins visually means that it’s good to give them a flair, because they’re so mysterious and have a superior air.

And there you go! Hope you enjoy this first post.

BEAUTIFUL, these are so good!!

These look so good omg!!

Thank you @lanafrazer_episode (how are you?), @witccraft, @Winter1794, and @precioso!

So this one will be for male pirates.
First of all, what is a “pirate outfit”?
I think everyone always thinks of the gold hoops, hand hook, pirate eye patch, pirate’s hat with a skull, linen shirts- etc.
I think these symbols, although sometimes a bit unrealistic is more of a representation of their overall image, so it’s still good to incorporate some of it into a pirate’s outfit- though, these gold earrings are a taadddd too big, I think~ 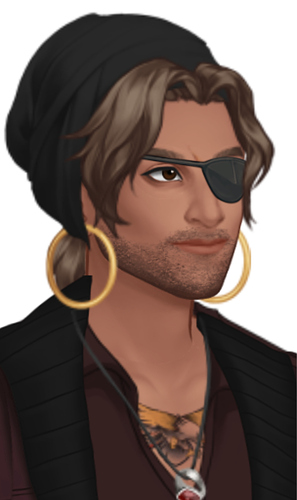 First of all, the colour scheme I used here is the pale, gray-green colour and the dark cayenne colour (I have no idea what it’s called, honestly). Obviously, the term “pirates” in general comes with its own era, and I talk about the general look on pirates (I know there are pirates from different countries). Probably, somewhere, there’s a story about sci-fi pirates in the future but -yeah.
For a pirates era, I think using more muted, dull, colours are more suitable. We still use colours like bright red, and dark blue, but no one (I think) would put a bright yellow dress for someone in medieval-like times, because those times are always associated with a more gray-er feel, and not as saturated.

I used the silver earrings and necklace also because for the gold on the clothing, it’s darker and doesn’t shine bright, and I think in this case this rugged pirate isn’t the dramatic pirate (showered in gold), and both the necklace and earring complement each other. ’

-Also, some notes on pirate’s clothing
I personally don’t use these pants:

Screenshot 2020-09-03 at 2.06.35 PM1496×454 124 KB
Because they’re bright coloured. However, I still use blue, purple, and black ones.
Episode used to have certain clothing that was not really well shaded (looked 2 dimensional). So when pairing with other clothing now, it sometimes looks off. The above pants are also super-saturated. The reason why I still use the darker coloured pirate pants, though, because when the clothing is more darkly shaded, it seems to not stick out too much. 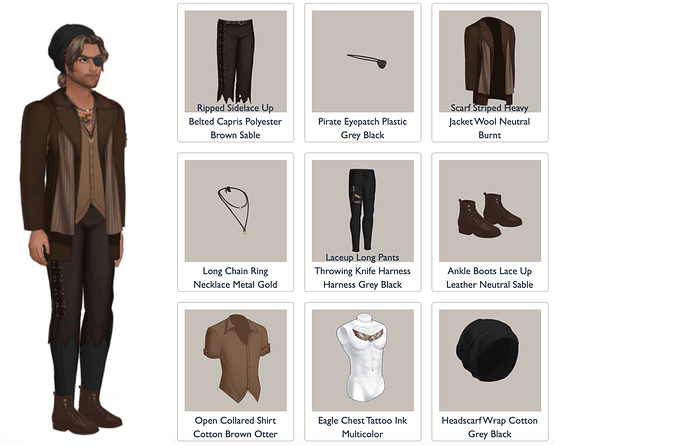 For this one, the outfit’s actually a lot more simple. I used brown and blacks here mostly because those colours are more easily associated with not being wealthy (gray as well).
(Also, he’s still a pirate, so I did give him a necklace with a gold bit, but that’s further accentuated by the darker tones on the clothing.)
The main point here is the pants, though. I used the black pirate pants, but then I put other pants underneath. First of all, the pants are ripped, so there may be a conclusion that it used to be long pants, but then got tore off halfway. Other than that, people might have worn leggings back then, so that could be the leggings.

I was going to make another one but now I’m bored so I’ll update this later.

OMG I Love All These So Much!! The Creativity Level Is Through The Roof! 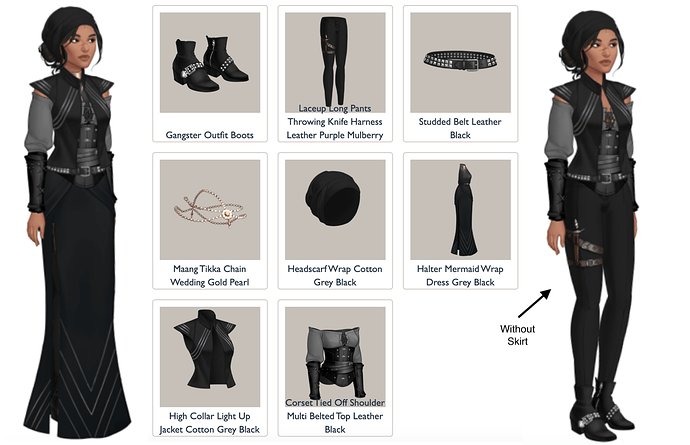 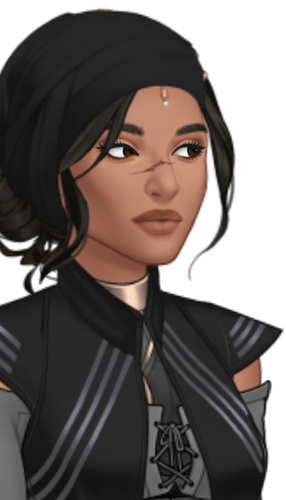 Also, the detention boots look ok with it so:

My next update will be for males, promise 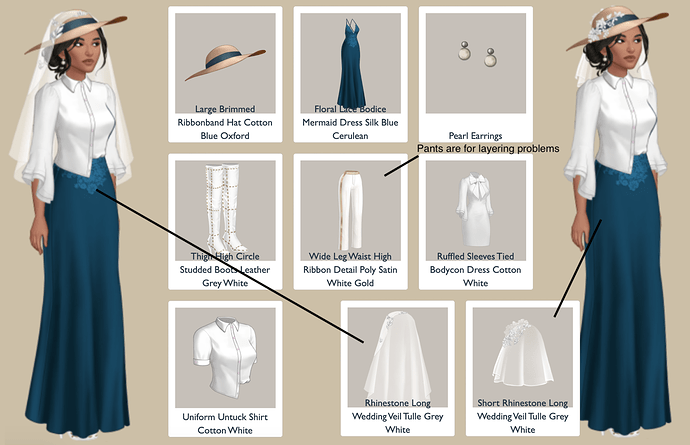 (oh, but the veils in the back look off) 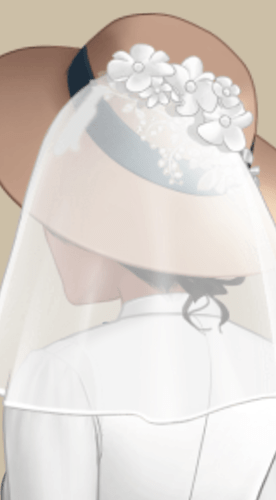 Can’t Wait For The Next One, These Are So Good!!

could you do some for ink? lmao thse look good can you make some fantasy outfits for ink?

You are awesome, Toast!

As suggested by @Thanos
Wow, Ink is a lot more limited haha!
I think you guys can probably get to these three outfits yourself but here it is just in case:
Also, I love the peacoat layered, a shame it didn’t come in different colours. 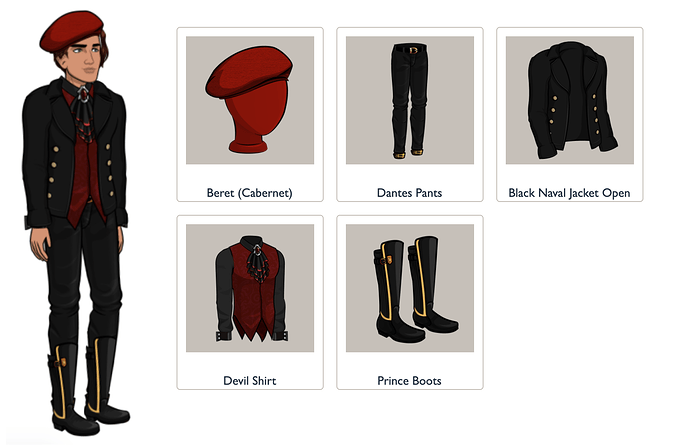 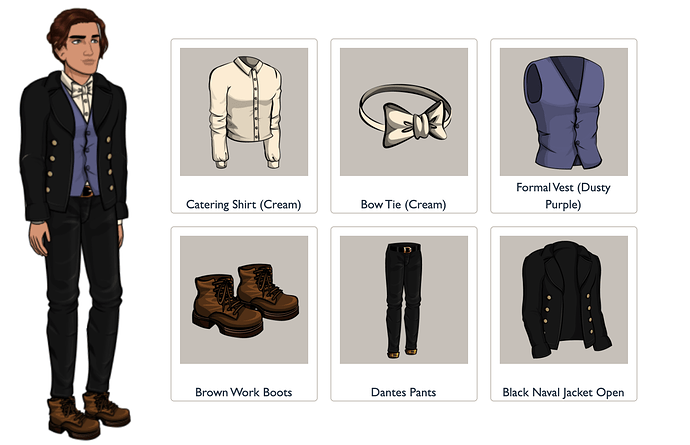 So I actually really like this set up. This is just a colour combination, but this outfit is really:

I used the boots because I don’t like the bottom yellow checker of the Dantes Pants, but those pants are the only ones with the correct shade of black matching the naval jacket. Other than that, the Prince Pants are the closest colour to the Blue Naval Jacket, but I personally don’t like the yellow stripe that goes along the side of it, so maybe use a different colour like black, which is more neutral (or in this case grey, since Dantes Pants is the only black pants)

If the boots didn’t cover the Dantes Pants bottoms though, I would use the Wingtips shoes (I think the pattern on it is really detailed and matches the- fanci-ness? idk what word) 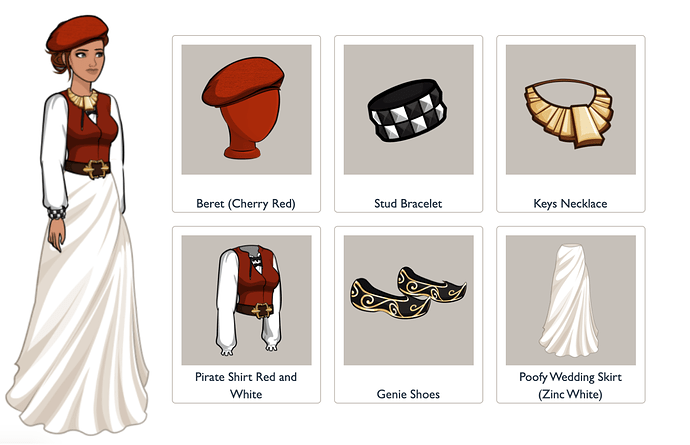 I may insert some description down here at some point but idk yet
Also I will try to do something with the other yellow pirate shirt because these ink pirate shirts are a ton better than the limelight pirate shirts.
Oh, what is annoying me is that the white skirt white doesn’t match with the more- bluer white of the pirate shirt

Oh, and~
I used all “ink styled” clothing here (as ion, clothing that have simple shading and black outlines and such, not half-limelight clothing styled or pure-limelight styled, personality because I like the limelight with limelight, ink with ink style. (I would feel weird seeing a limelight character with ink clothing). 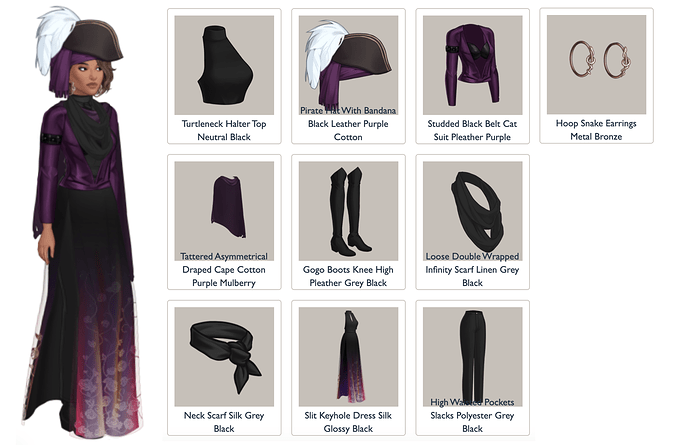 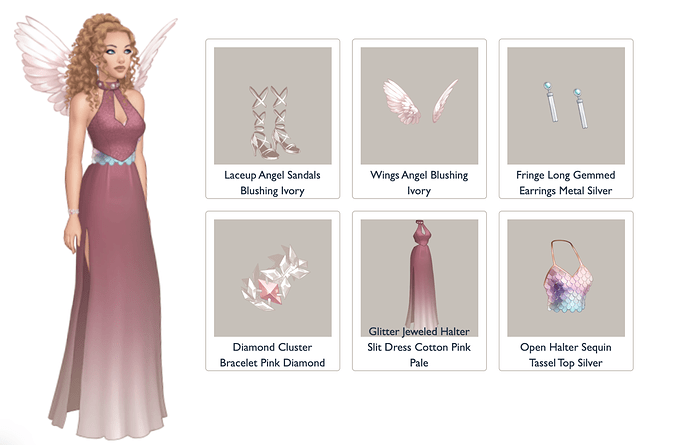 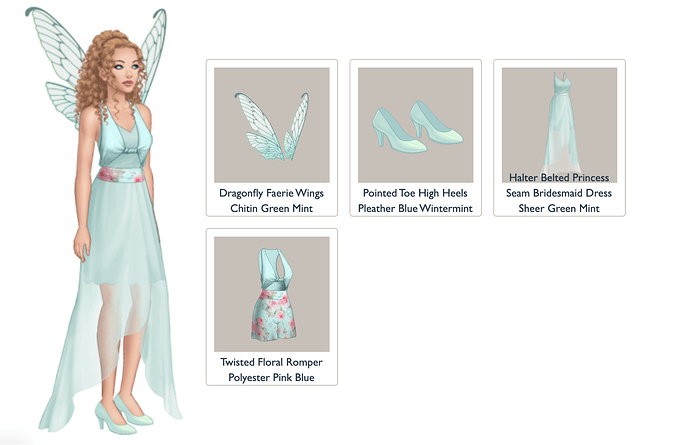 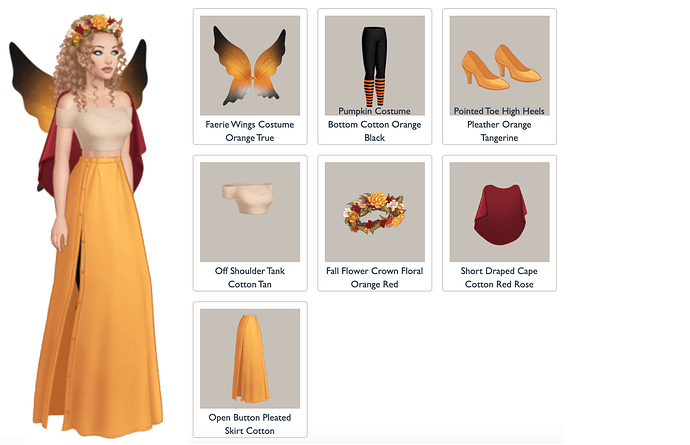 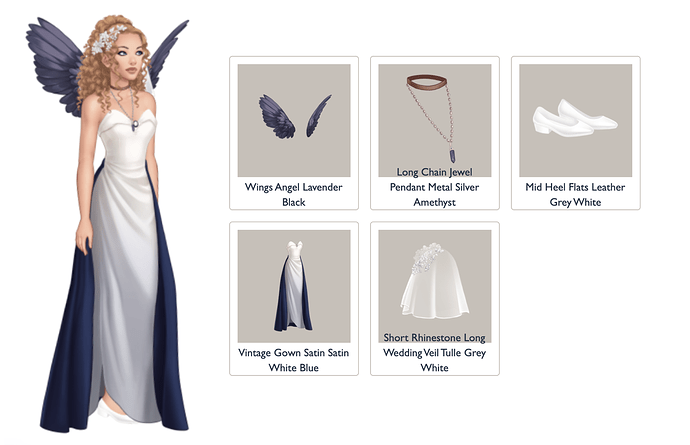 (First outfit in line can use the “wings angel soft blue”, as there is the halter top with the blue scales." 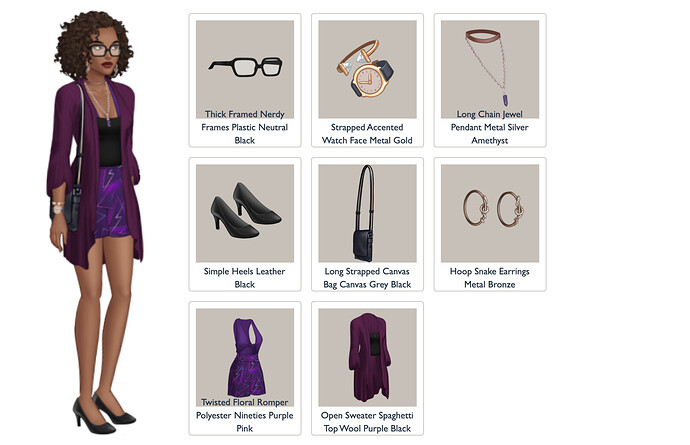 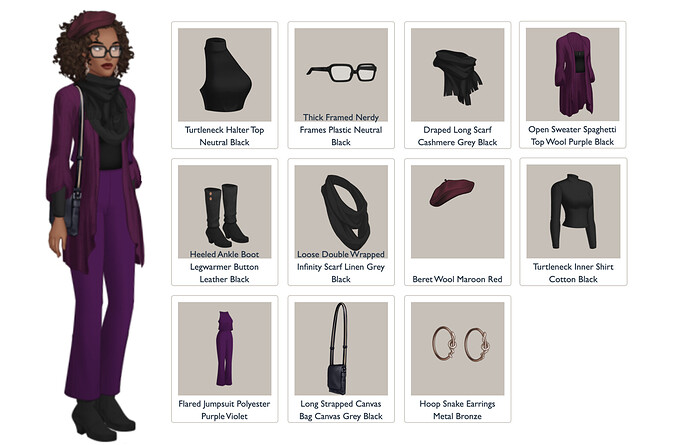 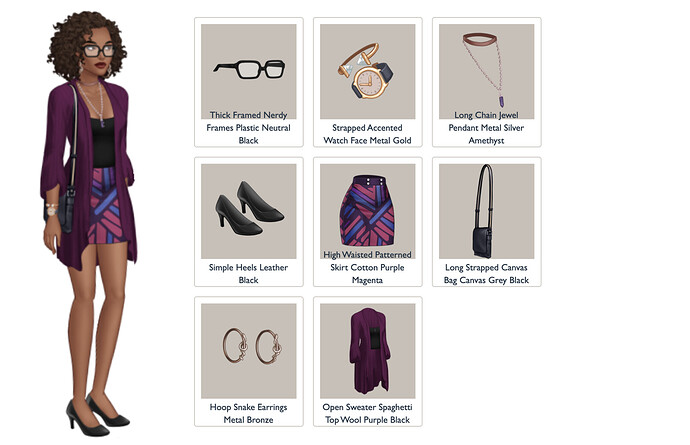 Wow, those are amazing!!
ps.: it’s been quite a long time I haven’t been here so I’ve just discovered this thread lol