Clothing for women in men's catalog!?

Not sure if this is the correct place, but there are clothes for male characters that I want to use and should be able to use for women, but I’m not able to! Can you make it to where all clothes are available for both male and female or just move the dresses and heels to the female catalog. 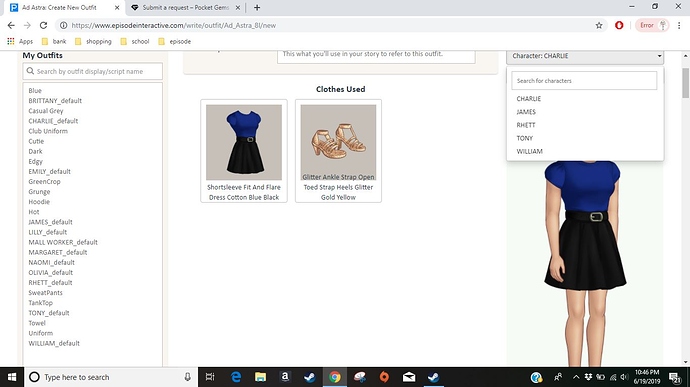 Like Lana said these clothing are only for trans women (male section) because it’s pride month. I’m sure they will give us some more dresses soon.

Hey everyone, This week we’re celebrating Pride month in the United States with a highly requested set of outfits and accessories for trans women! We have some new long hairstyles to go with the shirts, dresses, and shoes! As we’ve done for the past few weeks, we’ll be featuring some of your styles using these assets on our Instagram account, @EpisodeCreators! Tomorrow morning we’ll be making a post with some of our favorite characters and outfits from this thread. Be sure to say you’ll allow …

Ok cool! I think it would be neat just to let all clothing be used for men and women. Thanks!!!

I’m sure that will happen, but as of right now. It’s pride month.

Ok cool! I think it would be neat just to let all clothing be used for men and women. Thanks!!!

Hi there! And welcome to the forum!

Mostly, we do make the clothing interchangeable between male and female characters/body types. Or we try to. This was a special update. It is entirely possible that they will scale them to fit the female body spine in the app in the future. I don’t know this for certain, but I will ask tomorrow when the rest of the team is on. The thing about the clothes is that we actually have to make two sets in order for them to work for both.

Omg for once someone actually answered us about this I’ve been trying to get someone to answer about the female clothes but uhh I’ve seen them used already for females in various stories they just need to BE RELEASED! 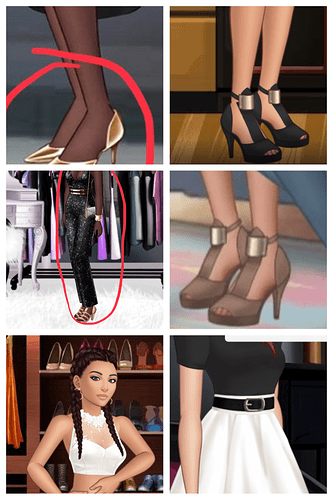 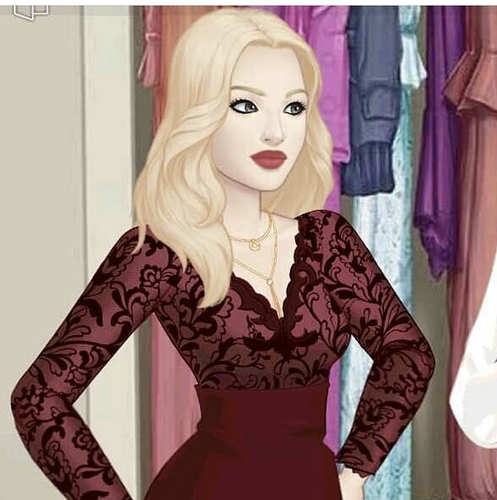 They’re all ready to go!

Not necessarily. Things are sometimes released for certain characters or as a test run before they pass QA and are ready for prime time. I don’t know if you were around for the fishtail braid or not, but that was an example of something that was released too soon and went horribly wrong.

TLDR; Just because you have seen it, doesn’t mean it is ready.

I mean if we’ve seen it multiple times in stories some even since Pitch Perfect… wouldn’t it be finished? You guys have so many assets that we don’t have it would be so nice to have some of these clothes like the transgenders do I mean what if they wanted to be twins?! We all know things take time but some of these assets have been used so many times for over a year… or already a year.

I mean if we’ve seen it multiple times in stories some even since Pitch Perfect… wouldn’t it be finished? You guys have so many assets that we don’t have it would be so nice to have some of these clothes like the transgenders do I mean what if they wanted to be twins?!

Ah, okay this is a more complicated question. The official answer is as follows:

There are actually several barriers to releasing some of the assets.

Lastly, items in stories like PLL, Clueless and Cameron Dallas that look like they are part of the Ink style. Unfortunately, they are not. In addition to being assets created for IP stories (and not eligible for release) they are also not actually Ink assets - they just look like they are. For a brief period of time our internal team was working in a style that was a hybrid of Ink and Limelight that allowed us to speed up our story production. This style was never intended to be released publicly and the items won’t work on Ink or Limelight characters.

The above also means that things that are in Ink will not be released to LL and Vice Versa. Not without some serious time and resources devoted to it. And trust me when I say this takes considerable time and resources from the art team.

I get that but some of these items were even free… as in MC would just wear it… but you guys have released gem choiced outfits before not everything but some… such as a studded skirt from The Kiss List, Swim Suits from College Ish and Studded Boots From The Kiss List…

I get that but some of these items were even free… as in MC would just wear it… but you guys have released gem choiced outfits before not everything but some… such as a studded skirt from The Kiss List, Swim Suits from College Ish and Studded Boots From The Kiss List…

Yeah, we own those entirely. So we can do what we like with them. For a story like Pitch Perfect, someone else owns that IP and in order to be able to use it in our app we have to spend many moons with many lawyers hammering out agreements. And, unfortunately, part of those agreements tends to include that we cannot use the assets from the partnered story for anything else. It would be great if it was different, but it isn’t. So our hands are tied on the IP stories to a large degree.

Yeah that I can totally understand with celeb stories! 100% I mean most of that stuff is EXCLUSIVE! so I get that! I’m mainly stating that there are a lot of the ones you guys use for your own stories that would be awesome to release! Because it’s so hard to write a story even like my own who has models, CEOs that would need better clothes everything we have such as tops and stuff are so basic it’s so hard to work with.

We all just want trendy stuff for both genders males, transgenders and our females.

We get that. We really do. It is one of the reasons we transitioned away from updating Ink and are now focusing on LL assets. They will get there, I promise.

Ahhh that makes sense ink Was great but LL has taken over! I mean hello look at the transgenders when I saw Jessica in Alittle More Me I couldn’t take it she was such a savage

“Can you say Yassss Queen”! Say it with attitude” but like I said I And the rest of us appreciate you all doing the best you can for us!!!

Thanks for explaining this @Arlene!

I’ve moved this to Episode Fan Community since it violated several Feature Request Guidelines and can’t remain in the Feature + Art Suggestions category.

If you’d like to make a request, please review the Feature Request Guidelines before doing so, to ensure that the title is correct.