I support this too! In addition to adding needed diversity, even non-muslim characters can have use for clothing with long sleeves and skirts and generally added modesty, particularly in fantasy stories. Most fantasy limelight stories are making do with the dresses they’ve been given, but most are short in both length and sleeve which won’t fit in a more old-fashioned story theme. More modest options will be useful for all creators.

totally agree! i’ve been struggling to create a south asian muslim character who doesn’t wear hijab and it’s so difficult to find something covering the chest, arms, and legs!!

Ok, so I’ve got a picture here I found in this post in the Limelight Wish List Thread. Unfortunately, this was a gem choice outfit, meaning it can’t be released to the public: 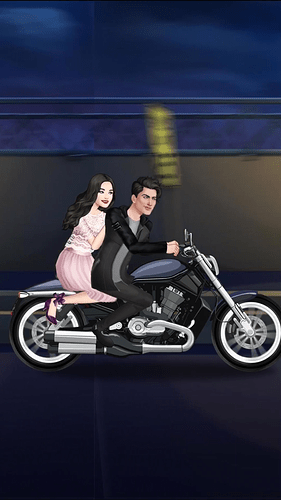 It’s a skirt and a top. Since this is a suggestion thread, I thought I could post this picture here as an example of kinds of clothes that could be released in order to have more modest clothes in the Limelight Female “closet”.
Although it may be hard to notice, this is a midi skirt, I believe it is a pleated midi skirt (which are amazing for real life too!).
Having midi skirts is a must when we talk about modest clothing. They are super versatile and can be used in tropical countries as well (believe me, I know). I’m not saying that they should release this exact skirt, that’s not going to be possible since it is a gem option, but there could be slight changes and some recoloring and BOOM there you go: beautiful midi skirts for modest gals.
If that does happen, and I hope it does, I’d suggest they could release at least in 3 colors or so, which they think would be more interesting. I would like to mention the most neutral colors I can think of when it comes to midi skirts such as:

Also, this top is super cute, it has the length of half of her arm and has laces. Now, I don’t think laces are needed, because even though modesty can be intrinsically related to romantic styles, having this in mind when doing modest clothes might not be very inclusive because dressing modestly doesn’t necessarily mean having a romantic style. However, the reason why I’m pointing out this kind of shirt is because: it is something I usually wear in my daily life (since I dress modestly - and I do wear lots of midi and long skirts and shirts of that length).

That being said, that’s my addition to this post.

Since this is a suggestion thread for modest clothes, make sure to give a like and support (at least give it a like) my post here to show our interest in the release of a hidden asset that is midi skirt as well.

All of this is super cute! I want this so bad!