)
I’m working choices within choices and it’s kinda down the line like this…(working one path at a time.) The choices will give you different scenes as well as affect your story down the line. So I have the error screenshot followed by the code. I wasn’t having this problem until I started writing the scene for 1B. 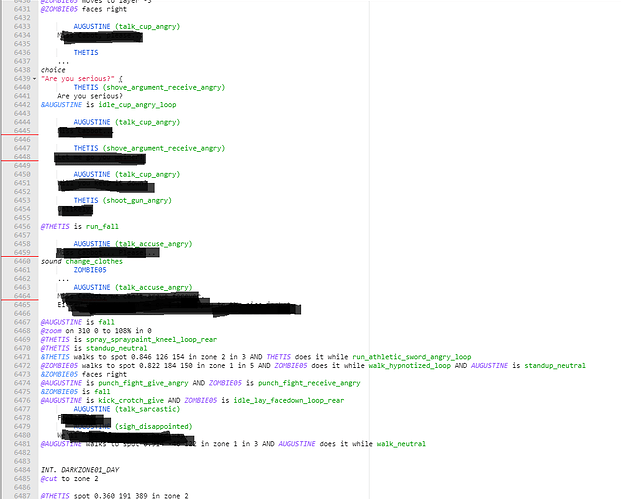 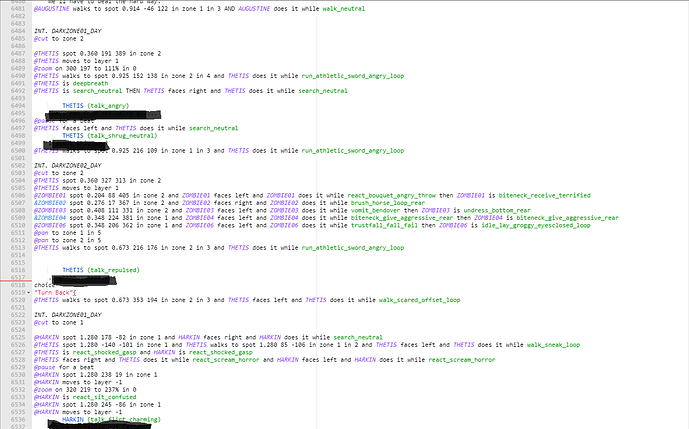 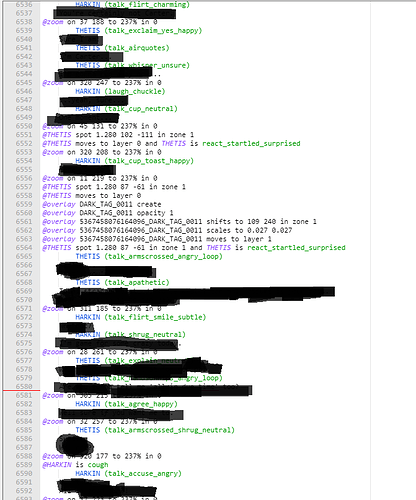 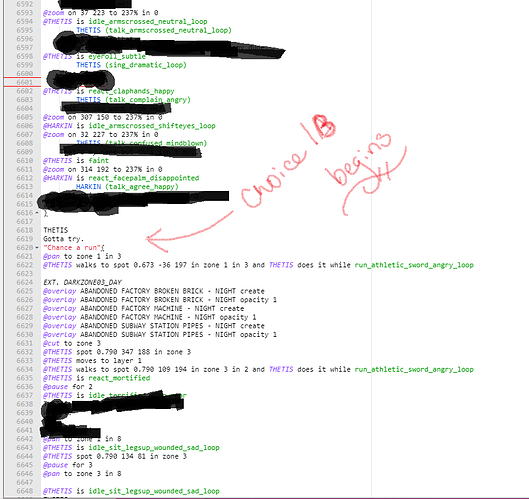 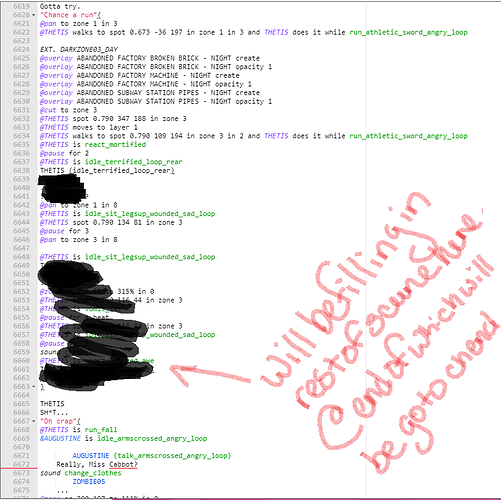 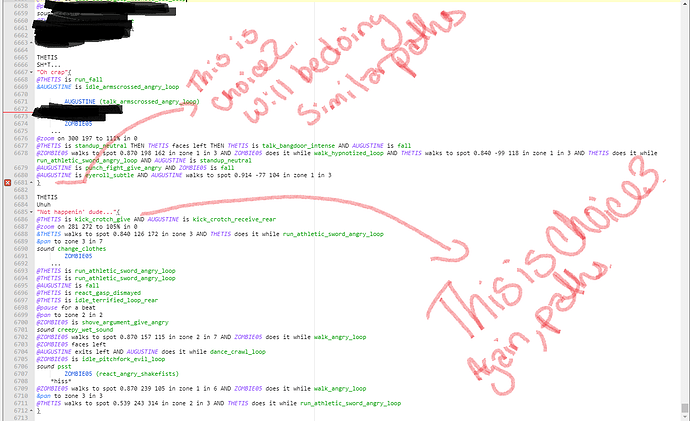 Line 6667 is missing a bracket it should look like this:

I don’t think the coding is accepting other text or empty lines between choice options, but I’m not quite sure… Maybe try to remove these things

Maybe I’ll do that. Save them to another doc and start from scratch, Line by line.

Ah well. Such is coding. But if you or anyone else sees anything else, please let me know. ((Doesn’t help that I’m running on no sleep…))

Your forgeting the word choice

It’s there. Lemme see… K, so the way I’ve been working it is as follows.

Is “stuff” a lable

no. just represents the scene text.

How many choices are in the same choice menu? (If that makes sense?)

Because it’s hard to know if some of your choices are supposed to be in one part or separate.

For example, I’ve noticed that your first choice “Are you serious” is on it’s own, as you’ve used the word choice again for your next one which is “Turn Back” whereas if they were supposed to be choices together where the reader picks, you would write the word choice again, it would be like this… (and you would follow this theme)

Choice “Are you serious”{

TEXT
choice
“are you serious”
(apparently) -choice
(it wont) “Turn back”
(indent) “chance a run”
“Oh crud”
“Not happenin dude.”
The italicized ones represent paths not written yet.

So if I understand right within the “are you serious” branch, you then have these choices: turn back, chance a run, oh crap, not happening dude?

only turn back and chance a run.

Right okay, and where does oh crap and not happening dude go then? Which branch?

The initial branch in with “are you serious”

Well thus far I’ve cut everything away and only have “are you serious” as a choice currently. I figured if I take it bit by bit there, I might figure it out.

Speaking of such things, is that how proofreaders and such work?

So for example you have your branch closed like this…

So what’s happened here is you’ve put dialogue in between choices, you need to either put these inside the bracket or remove them because they’re interrupting the coded choices. It should only be formatted like this for example…

If that makes sense. If you have the word choice, you can have dialogue above it, but if its within the same menu, you need to make sure there’s no dialogue after the closing bracket and before the next choice bracket.

Well, I think it’s because you have an option for a choice and then dialogue and then another option because of which it isn’t working.