I agree completely with the principle that some authors should pay attention to, for example, not using crosses, star of David etc as not religious items, or with non-POC characters using certain hairstyles specific to POC characters etc. But I also found some comments which really exaggerated such things, like the fact that white characters shouldn’t have big lips, which is ridicolous since white people can have big lips, you know? Or curls. Some white people do have curls and these hairstyles, for example, should be used by white people as well: 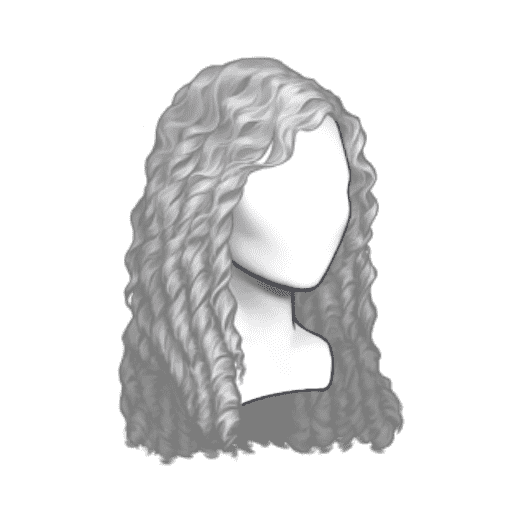 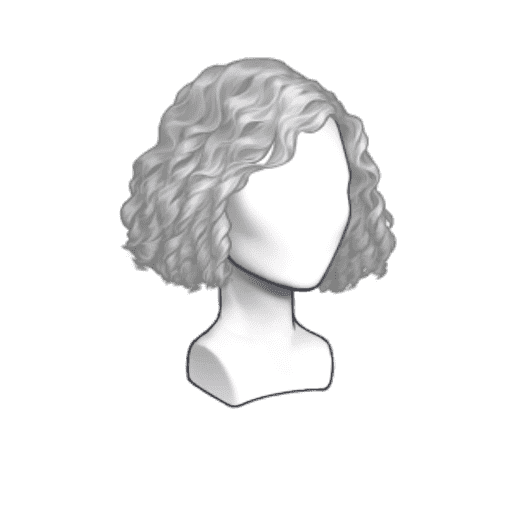 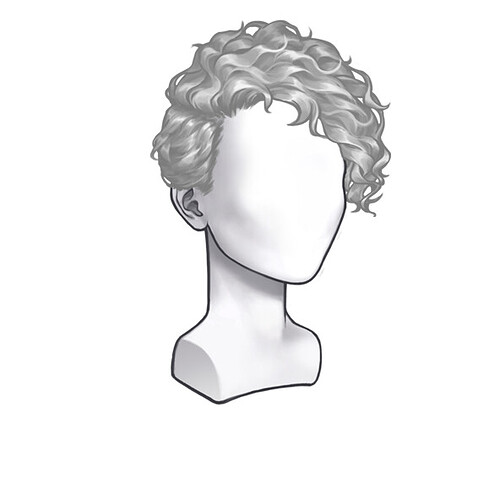 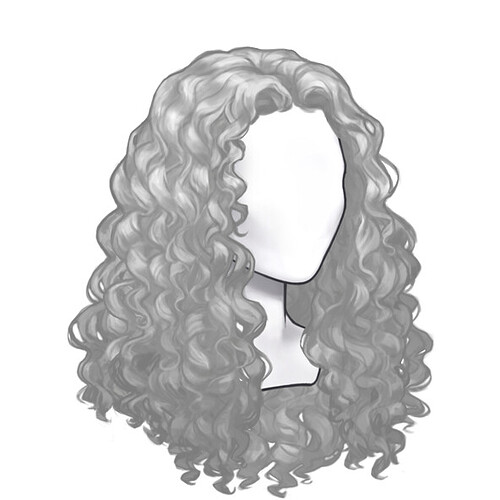 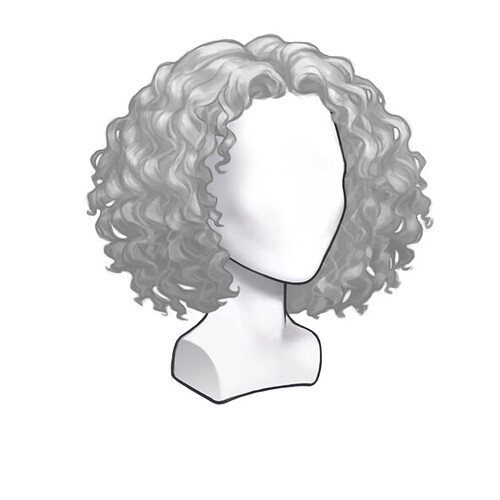 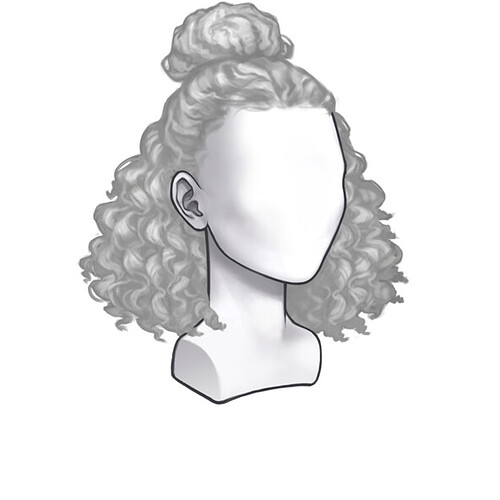 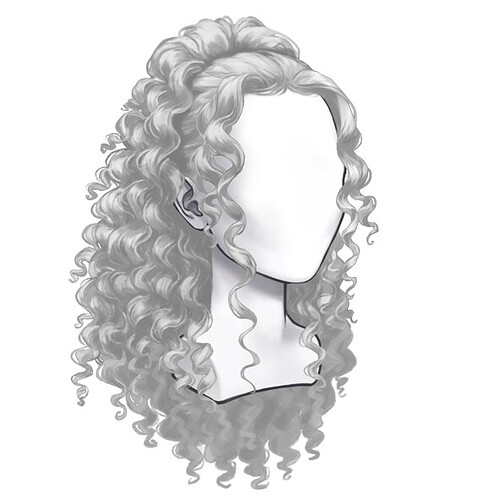 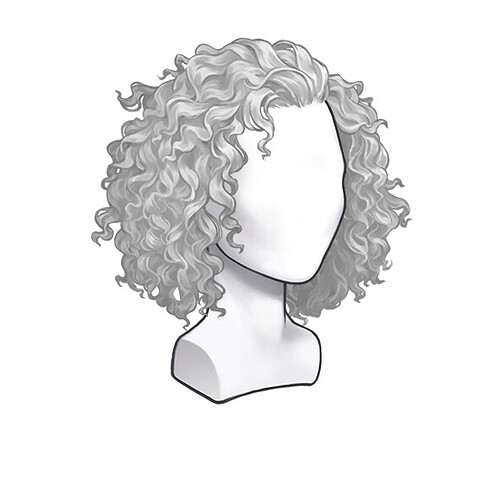 thumbnail_Hair_21641_810cd20f55ab46892d13ca1d5fc1c045592×592 37.3 KB
That is not cultural appropriation. Nor is using a headscarf that is simply a headscarf and not a Hijab. Sometimes people use headscarves to protect themselves from wind or even rain when they don’t have an umbrella. This community manages to take things too far once in a while. This is one of those times.
19 Likes
AnnieAEpisode February 13, 2021, 4:06pm #2

Agreed!
I know several white people with curly hair, and my grandmother frequently wore a headscarf.

The discussion you’re referring to was about how loads of white MCs display full plump lips. This trait is indeed present in the genetic pool of white people, but it doesn’t show with this much frequency. It was also to criticize how oftentimes, white MCs have full lips, while black characters had them thinner. Of course both are possible, it’s just curious how often it happens on Episode vs irl.

Then ofc, white people can have curly hair (I’m a curlie myself). Veils are worn by non-Muslims as well, and so on and so forth. The problem is always how we decide to portray reality into fiction. Just because it’s fiction, doesn’t mean it can’t be realistic (especially when you want to represent reality).

Just because it’s fiction, doesn’t mean it can’t be realistic (especially when you want to represent reality).

That was my point. It’s realistic for white people to have big lips or curly hair, it happens, therefore I don’t see anything wrong with being portraited in Episode stories as well without being accused of cultural appropriation which, in this case, is completely ridicolous. Clearly, if a lot of authors represent their characters with big lips, maybe they simply like big lips, especially since now it’s a style trend, like thick eyebrows.

I feel the need to add when people say “White People” 9 times out of 10 they mean pale. Just because someone has a light skin color does not mean they are 100% Caucasian.

I myself am pale but I’m mixed. I’m half Eastern European and half Southeast Asian. 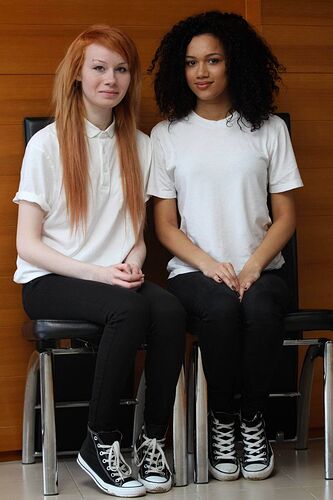 So just because someone had light colored skin does not mean they can’t be mixed. And people need to stop acting like having pale skin is the only trait a person that is Caucasian has.

My opinion on the blue eyes on Black charaters, it happens but not with this much frequency that i see in stories.

I’ll agree with this as well. I see a LOT of stories where the character has very dark skin, dark hair, and blue eyes. It’s almost as though some people think the only attractive eye color is blue.

I don’t see what’s wrong with that. Some black people have blue eyes or green, so why not have characters in stories with such traits? I mean, violet eyes don’t even really exist in real life but we still have it as an option so why not POC with light eyes? This is such a ridiculous thing to complain about. Imagine an author having to worry about this when it’s already difficult writing a story as it is.

It would be different if it was like one character in the story, but I’ve read a lot of stories that literally almost every character, regardless of skin tone, hair color, whatever… has blue eyes. There are 17 different eye colors (4 are blue, 2 are fantasy shades), not every character has to have blue eyes.

When I was talking about representing reality in fiction here:

it’s just curious how often it happens on Episode vs irl.

The problem is always how we decide to portray reality into fiction. Just because it’s fiction, doesn’t mean it can’t be realistic (especially when you want to represent reality).

I meant every aspect of it, including frequency.

Some black people have blue eyes or green, so why not have characters in stories with such traits?

Key word is “some black people”, not the majority like it seems to be in most stories. You can’t be surprised that a lot of black readers complain that their race’s portrayal in stories is unrealistic. This happens with Asian characters as well. And why is that. The answer, beauty standards and some residual racism.

Are beauty standards wrong? I don’t think I can answer that, but it is wrong to let them dictate how we create our characters in stories.

Otherwise, why even bother with appropriate representation?

I’m not saying that things like blue eyes on POC, curly hair and plump lips on white Caucasians are to be banned. Because like I said, they do appear on non-mixed individuals. However, the ratio changes drastically from race to race. How common is it for POC to have natural blue eyes vs white people? Or vice versa, how common is it for white people to have curly hair vs black people? Clearly I’m not talking about the same ratios, but still. One being more common than the other.

Yet, this natural law doesn’t seem to exist on Episode in a time period where correct representation is desperately needed.

I get ur point, white ppl can have curly hair + full lips, however, it’s less common w white ppl, that’s just a fact

So, if 80% of characters w these features r white, ppl have a problem w that. Rightfully so. Bc irl it’s not a v common feature among white ppl n is a v common feature w black ppl. So, it’s an issue to have all ur white characters w these features. I don’t think ppl r overeating, it’s their feature type 4 hair + full lips r a black feature so should mostly b seen on black ppl

To add on to what other people are saying, there are def white people with natural big lips and curly hair as there is black people with natural blue eyes and straight hair. Any race can have any feature, however some features are just more common on some races than others.

The problem lies when white people are romanticized for having features black people have a history of and are still made fun of for. Like big lips, for example. And then you have the flip side where black people are commonly portrayed as having straight hair and blue eyes. Like black people in stories are more beautiful with more “european-like” features. That’s what people are constantly complaining out.

It’s not that people can’t have those features, because people do and no one should deny that. It’s just very telling how society views a certain group of people depending on how they’re represented.

I haven’t spent much time on the forums as of late so feel free to link me to whichever thread you’re referring to, but I don’t think the issue is white people having curly hair? The hairstyles that you listed are type 3 hair which can of course occur on white characters. I think that the place where people take issue would be putting type 4/natural textured hair on white characters.

And to contribute to the previous conversation: yes, in rare instances, POC can have light blue eyes. But why do they have to? When I see the majority of POC on the app being represented with blue eyes and eurocentric features, it’s sending a message. It’s implying that those features are needed to be beautiful.

And that isn’t true at all—there is so much beauty in diversity, why can’t we represent this properly? Why do we need to give full lips to white characters and smaller lips to black side characters? I think it’s awesome that Episode has given us the assets to properly display diversity—now it’s time to use them. I would love to see a version of this app where diverse characters are portrayed with care.

Clearly, if a lot of authors represent their characters with big lips, maybe they simply like big lips, especially since now it’s a style trend, like thick eyebrows.

You really messed up with this one right here… Because for the majority of us who naturally have larger lips it’s not “a trend” this is our life. What happens when big lips are no longer “popular”? Those of us will be looked down upon because it’s not “cute” to have our lips anymore. Heck, even now, people think large lips look good on white women but not those of us poc that most commonly have them. This right here is an insult and for you to say our complaints are ridiculous just shows how out of touch you are.

The problem lies when white people are romanticized for having features black people have a history of and are still made fun of for. Like big lips, for example

Exactly! This reminds of some controversy that happened a few years ago. An African model was use to promote some lipstick for MAC on Instagram. And everybody trashed her lips because of the size, but then a year or two later you have Kylie Jenner plumping up her lips and everybody goes crazy trying to get the same lips.

do u know what can i type on google/twitter etc to find it? i would like to know more

I’ll look for it

The model’s name is Aamito Lagum. Looks like I got the timing wrong. This was around the time Kylie Jenner’s lips were blowing up ( no pun intended)