Just wondering, if we do gem choices do the authors get the gems if the reader chooses the gem choice? 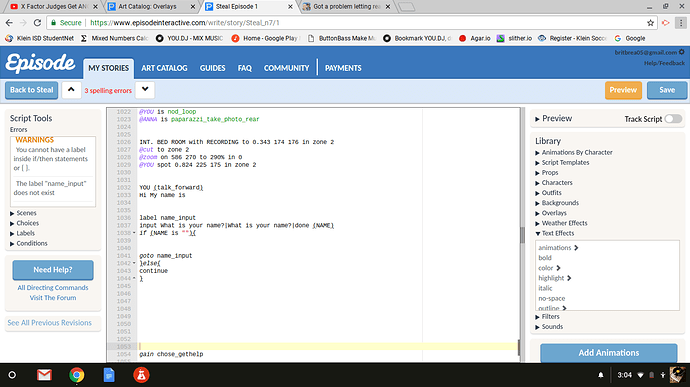 Nvm I Found out the problem

Also, is there a command to make the character walk rear left? I write the command:
&CHARACTER spot 0.63 -150 161 in zone 1 and CHATACTER faces left (no matter if I write left or right here, they won’t change the way they walk backwards)
&CHARACTER walks to spot 0.63 31 161 in zone 1 and CHARACTER does it while walk_rear THEN CHARACTER faces tight and CHARACTER starts idle
No matter what I type, the character won’t face left when walking rear. Am I misunderstanding it? I think I am. I think I’m trying the get them to walk forward rear instead of walking backwards.

Each gem choice that is purchased by readers will increase your chances of getting into the Payment Program. If you are already in the Payment Program, then those gem choices increases your pay. You can read more about it here: Community Author Gem Choices are here for everyone!

So far the only swimming animation available is the swim_rear animation, so unfortunately no you cannot swim forward.

&CHARACTER spot 0.63 -150 161 in zone 1 and CHATACTER faces left (no matter if I write left or right here, they won’t change the way they walk backwards)

So, not this point of the script, then when?

Do you want your character to face left while walking rear? If so, you need to add the direction on the same line

Ok. I didn’t know you were allowed to do it while you were doing an action. Ta.

If I do a scene change (like for instance, I had my character sitting in a specific spot, then changed the scene to her phone), and I wanted to go back to original scene with her sitting, how do I do that?? 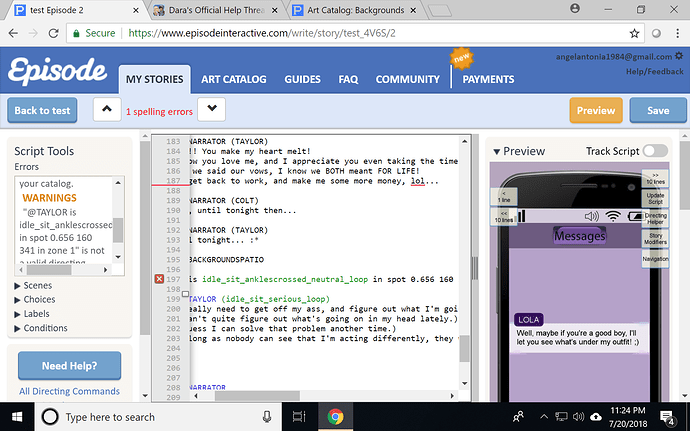 Even if I need her sitting??

Add “and CHARACTER is animation”

Here’s one by episode: 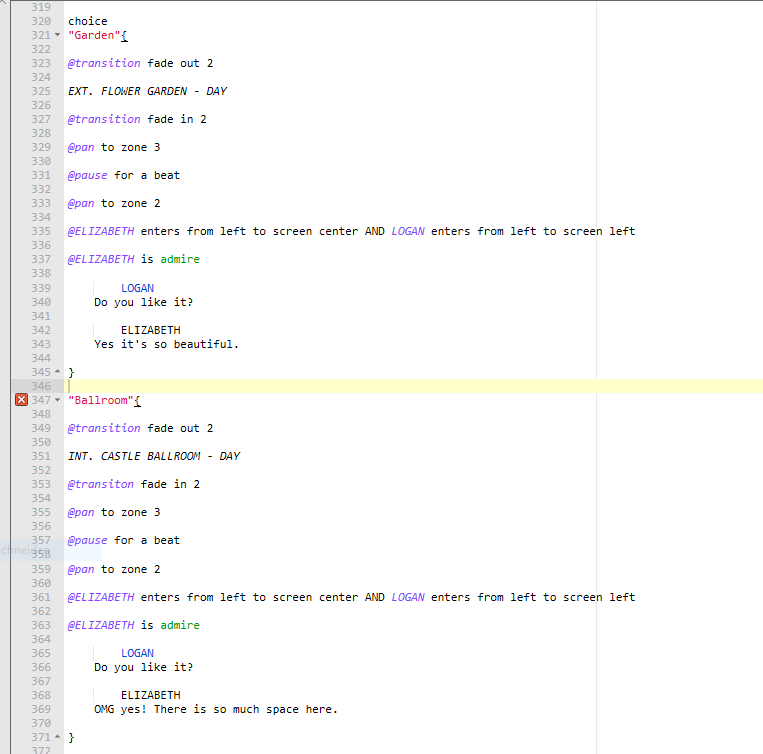 Remove line 346. The next choice option needs to be on the same line as the end bracket or on the very next line like this