THIS IS COMPELTELY OFF TOPIC BUT

after turning the music low , do i pause for a beat and add music off so that i can add another song

The error says i cant end my script with a label…

You just need to continue writing after that. You can’t have just a sound at the end of your script.

Is there a way to get two musics to play at the same time without changing one to a sound?

Can you have a sound and music play at the same time?

@Dara.Amarie I keep on getting the same error message when I try to fade out music and last time it happened I found out it was due to a backround that hadn’t been approved yet but it happened again and this time I don’t know what’s wrong. 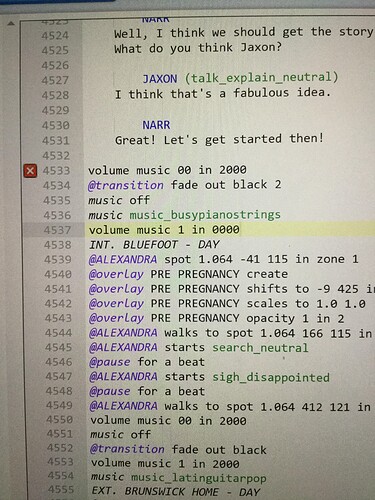 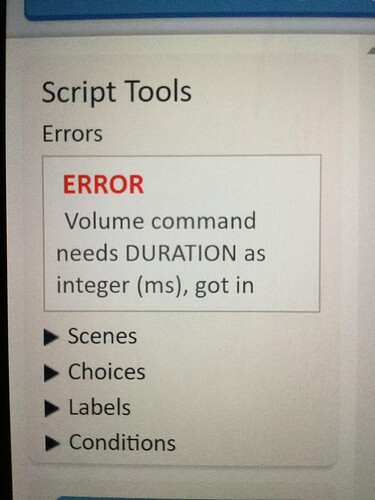 Remove the word “in”

Also for line 4537, you’re only putting the volume to 1 which is barely anything. The volume level goes from 0 to 100