Discussion: Controversial game that has been dropped (warning this topic is triggering)

I came across an article about a very controversial PC game that has dropped on Steam and man, it’s a very disturbing game that glorifies sexual assault. Here is the article: 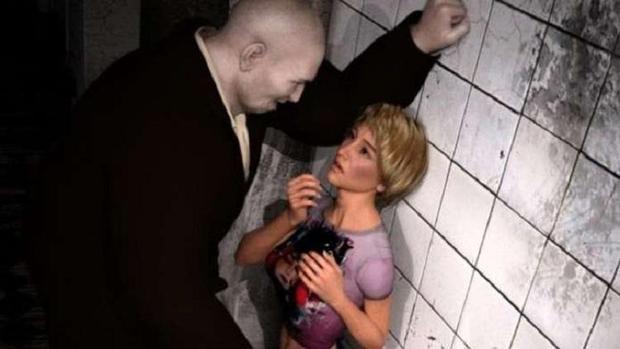 Rape Day Apocalypse developer Jake Roberts believes it is too late for the banning of the online game as many people have ...

Here’s the video of what this person thinks:

Do you think it’s “just a game” or is this glorifying rape? Please let me know in the comment section below (not sure if this will get closed).

I think that it’s disgusting because it somehow glorifies rape and this can be traumatising for rape victims. Especially when the person has PTSD! I would rather play video games like GTAV or Hitman because they don’t glorify rape or sexual assault.

Trigger warning: Please do not read this thread if this is traumatising for you.

Very triggering to me…

I know right. Knowing some idiots out there, they’re going to say “Oh it’s just a game. Get over it.” Umm rape victims won’t be able to get over something very traumatic.

I’ve never heard of it before and after reading that article, there’s only one thing left to say.

The person or people who came with the idea to create such game is/are in my opinion sick. Period.
The description is truly awful and I can’t even imagine who would voluntarily play that game.

Tell me about it. I received an e-mail to sign a petition against it so I read the article and did some research on it. Boy it’s disgusting! It’s this visual novel thingy and apparently it’s been made by someone with such twisted fantasies.

It’s stupid that Steam wouldn’t ban the game. It’s very revolting! No one wants to have these awful flashbacks of being raped or sexually assaulted!

I don’t have any words for this it’s absolutely horrifying. Why on earth would anyone make a game like this!!!

Not only is it mocking victims of sexual assault it’s also kind if glorifying it as if it is something normal. Sexual assault is not a joke or something that should be exployted.

This is clearly disgusting. They should arrest the person who created this game and ban it forever. Who cares if it is just a fucking game, they should still get rid of it. This is just gross.

Exactly! The person who made this game must be going through some stuff… Or very sick.

This person is probably an incel (involuntary celibate) because some woman rejected him that he and his fellow incels decided to make something this twisted.

Definitely a sadist or someone from Tumblr who have these rape fantasies. No joke!

Just a suggestion (Don’t shout at me)
Maybe think about adding a trigger warning to the title? Just in case there are any survivors on here.

Honestly I feel sick after reading that

I forgot about that. Thanks for reminding me

I’ve just had a quick look on google and it looks like Steam have removed it. I don’t use steam so not 100% sure

Who the hell was the target audience? And why would you want to form a community of sick people? Because only sick people would play this!

Apparently it’s still there but idk for sure. There are some people that curious to play that game.

The person who made this and the people who enjoyed playing it should definitely talk to someone. This is just sick.

You’d think the games would have to be checked before being allowed on it. The images were enough to make my blood run cold.