I’m bisexual and a Christian. I don’t care about going to hell

I’m not worried about my life much atm though.

there are also some good ones out there! we have this boy (soon to be girl ) in our class and at first he was really scared to come out to us however we just threath him the same as everyone else he is waiting for the day of the operation (I don’t know much about how it will go ). We support HER the whole way through and respect her wishes such as that she want to be called a she and the name change. I hope that she will be happy and that those 2 guys (yes they specifily aimed it at her they know her and are always mean toward her because of this decission that she made) need to always push those buttons is kinda annoying and sad. however she knows we love her no matter what and she has an amazing girlfriend who loves her and doesn’t wanna leave her because of this. We all hope that she will be happy soon (because she always says that as long as she s a boy that she won’t be able to be truly happy)

I have 2 trans friends and they’re funny and kind.
I made them sound so plain.

as a girl who has been in class with two transgender. and best friend just came out as one. and people in my school was very supportive of those two. and i support my friend.

also i like to mention i live in christian country. we have bible study in school. I also have a neighbor who is a priest and he is supportive too. he says if its not ilegal and dont hurt anyone it is not a sin. he support the lgbt comonity a lot.

bonus fackt. the priest is a harry potter fan. he is a hufflepuff. first time we talked was cause i saw his scarf

yeah but I get what you mean 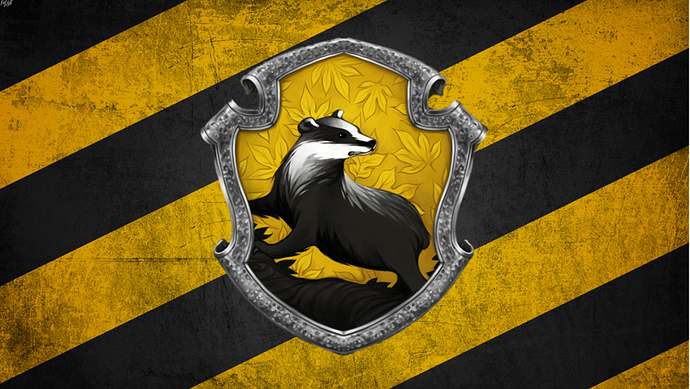 That’s all so sweet lol my church is not so accepting unfortunately. Majority are very cultured and old fashioned so I don’t think they’ll ever approve which is such a shame. However there are still some accepting people so I guess with time everyone will be accepting as the non accepting ones would eventually die out lol

yeah i am a slytherin myself

Don’t use that against me.

How I wish this was true! But sadly, some people are teaching their children to be racist, homophobic, xenophobic e.t.c (I’ve seen and heard it)

I do believe more and more people are becoming accepting which is amazing, but I don’t think the hate will ever be completely gone. They’ll always be a that person somewhere in the world.

I also had some people like that inside of a church and they where very rude to the point where they told me what to do and to believe. So I stopped going to that church. I still believe that christians are (just like any other religion) loving and caring people. SO NO HATE TO CHISTIANS OR ANY OTHER RELIGION WHO IS WILLING TO SPREAD LOVE AROUND THE WORLD!!

o my friend is one to

How I wish this was true! But sadly, some people are teaching their children to be racist, homophobic, xenophobic e.t.c (I’ve seen and heard it)

I do believe more and more people are becoming accepting which is amazing, but I don’t think the hate will ever be completely gone. They’ll always be a that person somewhere in the world

sad but true I have been a person who experianced this from my grandparents however I’m really happy that social media exits because of that I found people who have the same thoughts as I have. Yeah my grandparents hate me for this opinion but you know what? I don’t have time to deal with people who tell me how to live my life. even if they are from my family I have the right to think differently just like they do just don’t force you’re opinions on me

That’s awful, I’m sorry you that your grandparents hate you - you’re clearly a smart and level headed person so the only people who miss out on being apart of that is them

It’s unfortunately a sad reality for many people. A lot of my family is the same to be honest, I haven’t spoken to my Dad or anyone from his side of the family in almost 10 years. Life’s too short to be consumed by hate and judgement over something that, quite frankly, doesn’t concern them.

We should all just spread the love

Let’s start with it’s more respectful to say trans students or trans individuals instead of “transgenders”. Maybe even just name the topic discrimination towards LGBT+ students in religious schools.
Anyways, I am pretty sure most school districts have rules against discrimination based on race, gender, sexual orientation, etc. Plus, overall with US law that’s practically illegal as well (depends on the state sometimes). Overall, it’s morally wrong as well. A majority of Christian schools are private, whether that be high school or college. How does that make your school look if you’re rejecting students because of their gender identity or sexuality?
Personally, I have had a bad run in with religion, mostly because LGBT+ issues and women’s issues. I do however KNOW that you shouldn’t use religion to back up your bigotry because I know countless Christians and Muslims irl and on the web who either are religious and LGBT+ or are allies of the community.

STOP USING YOUR RACE, RELIGION, ETC. TO EXCUSE BEING A BIGOT.

@EpisodeShadow I was already halfway through this paragraph when you tagged me.

I just noticed you typing and decided to tag so you know I see you..

Let’s start with it’s more respectful to say trans students or trans individuals instead of “transgenders”. Maybe even just name the topic discrimination towards LGBT+ students in religious schools.

Second changed it I will change transgenders into trans students aswell

Jes most schools have rules against that but then you also have the BuT tHiS Is My OpInIoN thing going on or this is my religion… however let me get one thing straight our school doesn’t threath people that way! everyone is welcome! this was a topic in class and those 2 guys gave their opinion on how a real christian school should look and they said that if this was a true christian school that we should change it that way. I don’t agree with them especially because it’s an open christian school meaning everyone is allowed there and if that is not the case then our school is just a christian school.

This forum is for discussing the Episode platform, the stories on it or other specific topics. To balance the community’s diverse members interests, and ensure a quality experience, we will remove content that does not align with our guidelines or is not appropriate for the Episode Platform. This will include topics that encourage spam replies, inflation of responses and any forum rule violations.