Uh so I was casually playing Good Pizza, Great Pizza and all of a sudden I get 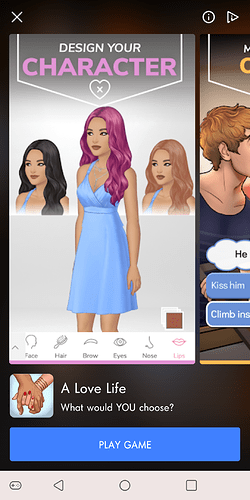 Tbh I thought it was just an Episode rip off but its turns out Episode made this app themselves? 🤦😂

Oh, shit. Episode is working on a secret project

maybe it’s version which requires less memory on phone? lol i have no idea

Are they that desperate for people to read those featured stories?

It’s just like those Demi: Path To Fame apps. I guess.

Oh, shit. Episode is working on a secret project

I was thinking the same thing lol

It seems kinda weird and pointless that they’re making a whole separate but identical app to Episode. I’m not sure if it would be an app solely for featured stories (like Demi Lovato and Campus Crush, I think), but if it is, I’m not really sure who would actually download it to read featured stories they could easily find on Episode. Strange

The trash bin for Episode’s stories.

I haven’t played anything like the Demi Lovato apps, but I assume this app is a similar concept of just playing the Love Life story

Really? Do you think community authors will be able to write in it?

If they do that, it might be an attempt to keep Episode family-friendly. Sooo if you’re right, they might actually be addressing the concerns about people not following the guidelines.

I mean, I don’t think they would… But it’s possible and seems like a valid explanation so who knows