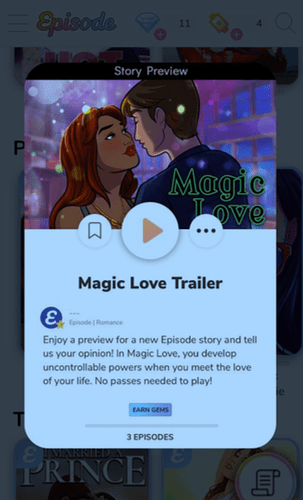 I’ve literally just found out about this. The story not so much I like but I mean for there is a ‘trial’ episode which actually asks for readers’ suggestions?!? EDIT: I’m now aware that Episode had other trailer stories like this, which really surprised me.

What does anyone think about this trailer? For instance, if anyone else has this yet on their devices? Premise, directing, having a love interest named Logan with a brother named Jake (seriously

I’ve never seen this before! Wow… I should totally check it out!

Bright side, with enough support it would become a new story

Cool. (Lol I don’t know how to reply)

It was interesting haha. I think I liked it better than the One Last Dance trailer though.
The good thing was seeing scars and tattoos! 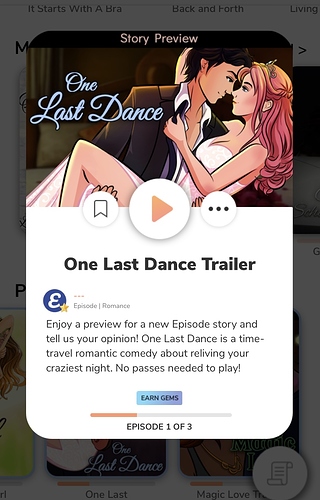 Oh, so Episode had these trailer things for a while?

No, it looks like it was released at the same time!

Overall, I like mostly the magical elements in the stories. Like time travelling in One Last Dance, or Magic attained to your persona in Magic Love.

I just feel like it should be less focused on love, and more on daily struggles and problems plus add-ons to having extra abilities.

Hoping they do trailers more often though.

Pretty much the only thing I really enjoyed about these trailers; the new stuff like the music, a new hairstyle, the scars, tattoos, etc. Especially the music.

I did like the time travel, magic and fantasy elements but I think it would be nice and very refreshing to not have Romance for once; at least not as prominent as it typically would be in their featured stories. I would much rather prefer a plot centered around those fantasy elements with great characters and a strong plot. There’s some potential for it to be something creative but at the same time there’s some potential for that creativity to be masked and dominated by the Romance aspects…

Overall, the trailer’s format itself was fine. They should do more previews like these.

WE HAVE A WINNER!

Yep. The start of the stories seemed so similar, I thought I was reading a extra when I read Magic Love.