I’ve voiced my opinions about these types of stories on many threads. Some people agree with me, while others do not. I personally, prefer to have stories that relate to reality or current events now that I’m older. My 15 year old self would probably disagree with me because I used to love reading cliche stories on the app. I started to change my opinions when I got older, but I don’t know if that’s natural or not. However, I do like cliche stories when they are spiced up a bit; a hint of real world issues. Nothing wrong with that. So what do you guys think about these types of stories?

I like a bit of both. The best stories for me take me away from reality, the most heartfelt snap me back into reality.

However, Reality Stories are something I haven’t read on the app very much. I think I’ve read a handful, but all are relate to romance… and I’m like… Asexual? So like I’m not going to ever relate to the main character who wants intimacy. However, there was once where I related to the Main Character, and it was because the main character was Ace. (I think it was called Ace of Spades, featured on an LGBTQetc++ shelf). Needless to say, I really enjoyed that Reality Story, and would be willing to read more if the focus wasn’t romance.

A little bit of cliche is okay. Sometimes reality IS cliche

Honestly though it becomes old to see the same ol plot and romance over and over.
I like stories that dive into some of the harsh realities of life like @Langdon My best friends father. Or Riches to Rags by @ErinH which shows some of the harsh realities of history and lacking medical knowledge.
Then there is Galatic Game by Lucky! It’s certainly not based in reality but it’s hilarious and hooks the reader with plot twists and is never predictable.

I agree that cliche stories get old and I like a little bit of reality thrown in, but I also read to escape realit, I want something different and more exciting than my every day Life.

Either is fine, I just don’t like stories that try to show reality, but the author does no research and very accurately portrays certain things.
I understand that college is different in different countries, but if your going to write about college in America, know that it is not like college in Europe.
Mental Health is the other big one for me, mostly because as a person who has struggled with depression and eating disorders, I get kinda ticked off when I see an author “realistically” portray those things.
If it is meant to be cliche (ie… Complicated), that’s one thing, but don’t try to make a cliche story seem realistic.

Thanks for sharing your opinions. I do agree with what you said about cliche stories. What does asexual mean?

Please elaborate on what you mean about reality being cliche if you don’t mind.

Reality stories can be good and bad; I have to admit that. However, I do think reality stories should be written more from authors since we live in a world full of things to write about it. You can write stories about anything in today’s world. Likewise, cliche stories can be both good and bad as well. Majority of stories throughout the app are romance stories because it’s what readers what to read a lot of times.

Well, cliche isn’t an antonym of reality. They are not opposites.
A cliche is an widely overused or unoriginal idea. In reality, cliches happen.

Well sometimes cliches does happen in reality; the real world. Everybody’s lives are different so it doesn’t surprise me that cliche things can happen in someone’s life. I am not saying you’re wrong, but you can say that reality isn’t “cliche.” Reality is the real world…

I guess to me, fantasy would be a better word to use than cliche?

So, the antonym of reality is fantasy.
The antonym to cliche would be like “original” or “intriguing”.

Yes, even fiction would be another word to use in place of cliche.

To be honest? Neither. I’m more of a fan of fantasy, sci-fi or dystopian stories that can use current affairs but take them out of their context so they can comment on them without having the limitations of insulting or upsetting people.

Aren’t all the stories fictional though?
I’m lost, forgive me

Asexual is like… you don’t desire sexual relationships? >.<
(this image might help, I’m really bad at describing.) 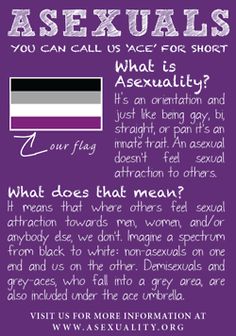 Really? I never knew that.

Non-fiction is true events or educational. Like a biography of a real holocaust survivor or a book about medicinal herbal plants. I have not encountered any non-fiction on the app …

Fiction is anything from an author’s imagination. It can be reality based (no fantasty or sci-fi elements) but still fictional as the characters and events are not real.