Looks like there’s now a featured version of Off Limits by Sandra G. Does everyone have it? I haven’t seen it formally announced yet and couldn’t find a discussion topic on it. [image] I played through part of the original, and there already seem to be some differences in the appearance of the supporting cast, the MC’s dad now having a bf, and the reader being able to choose the gender of their LI. Edit June 5, 2019: Looks like they just announced that everyone will now have this under the t…

So … just today my app updated. Along with the new Recently Released shelf which has all current Featured stories being updated, this one popped up, which has reseted my previous progress in the story. There are even Two new chapters

I’m not sure I’m gonna take the trouble of reading the whole thing again, considering … that one particular line and the entire premise lol. But yeah, this is continuing on from @Cee ‘s original discussion thread, so feel free whether you read this story before or it’s your first time.

Thank you everyone who has picked up on this so far

EDIT: IDK, but maybe we can also expand this topic to talk about feature ‘revamps’, and how they change or edit arbitrary things

I wonder if they changed anything.

Well, I was, especially since I was pretty much sure that Rule Breaker ended fine on chapter 13

Since I’ve read it and have unlimited passes, I’ll re-read it for ya and see if it’s been changed. (I’m not holding my breath, though. They probably just added the new chapters and figured people will be enticed to re-read it and spend money. )

aw thank you kindly. I just hope at least that the conservation in chapter 7 (the one I mentioned in the linked thread) is changed, but overall ‘how it is’ is fine

Lol I haven’t looked at the linked thread or read the story in awhile so what conversation are you talking about?

so it’s this one where Ryan (friend of MC’s ex) wakes up in her apartment, and he is recounting how he got drunk and mugged. He said along the lines that there were strippers in the party he was in and they were trying to ‘m*lest’ him, maybe like a synonym for ‘hands all over me’ or something like that

. Either way, Easton/Isa then replied, ‘you must be an alien to not like that’, which earlier they joked about Ryan being so BS crazy before they and MC found him. Just … a little tasteless, especially with the m-word

Oh. I remember that part! I think it was tasteless and probably a little triggering to people who have been molested.

I think at some point after I talked about it back then, the author or Episode changed that chapter slightly (I don’t remember entirely), but now Ryan is the pervert in that situation, touching up on the ladies. Because yes, that was the problem

I don’t think I’ll read it again, since I doubt it’ll give me new gems. But judging by the first episode, they did add the option to play as a guy. Also, they added this, one of my new favorite hairstyles. 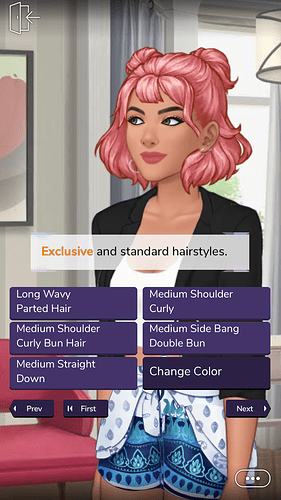 I think all stories that involve an adult and a teen is a little pervy, to be honest. I get that it gets the reads and “oh it’s a taboo” idealism, but really. It’s an adult dating a teenager. In the real world, that’s a jail sentence.

I hope they changed it for the better… As I said, I won’t hold my breath. LOL

Well, having a male MC is a change, I suppose. LOL I need that hair! It’d be perfect for one of my stories!

For real, so now it’s an equal opportunity thing? … God, why it must tempt me so

But I doubt how 2 extra chapters justify it, does this mean they are going to do the whole story now, did they change the ending?

… trust me, I was and still Glad that it used to have ended at 13 chapters, the original story is a mess

I’m going to go through it for us all. puts on brave face

That hairstyle is really cute

It looks like my hair in 6th grade before it got curly. 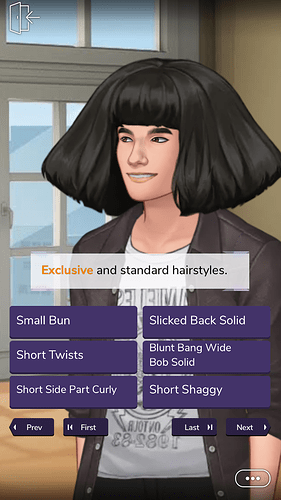 Incidentally, his hair looks like mine after it got curly and I first started trying to iron it.

I’m curious about the male MC option and what happens with all the “Little one” and “baby girl” nicknames.

I shall play through as a guy! lol That’s what my hair looked like when I cut it all off and it started growing back out (thank you, genetics, for thick curly hair). lol 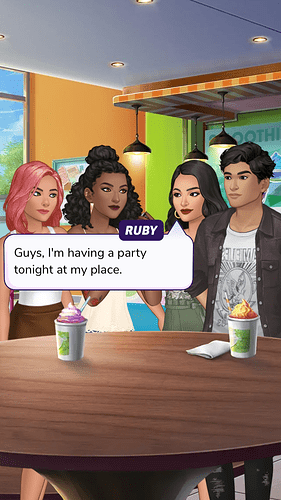 Interesting. Russ was replaced with Ruby. Not sure if that’s because I chose a male MC or a female LI.

Yeah I wonder that too. I know Male MC would have the same personality as Female MC, but I weirdly feel uneasy since Sandra’s guy characters are … eh

If it was like the original Featured (might going to say that for a while lol), MC regardless of LI gender would have an ex-boyfriend Russ, so it’s more or less … similar.

Weirdly, I would have expected at least Candy being a dude too