DISCUSSION: The Transfer by Bronte

I started reading Bronte’s newest story, The Transfer, today, and I love it so far! I love Bronte’s style of writing and the plots to her stories. If you’ve read The Transfer, comment down below on what you think about this story

NOTE: Please don’t not say harmful things towards Bronte and her story because she doesn’t deserve it. She is a very respectful and sweet author!

I definitely binged all 8 episodes

I think it’s her best story yet!

Dude I did too! I did it all this morning haha…

I read the first chapter and–It was okay at best. It’s the fact she hit every cliche within the first few minutes and I have to admit, that takes effort. We got the cliche bad girl getting suspended and having a nasty attitude, boyfriend breaking up with the girl right before her transfer happens a lot, typical mean black mother or mean step mother I’d say, and religious father. I enjoyed somewhat of the dialogue because it was pretty funny and savage at some points. The Mc being nice to her father and the father putting an effort into making her feel better was nice. Father daughter relationships are often overlooked. Pacing was well, directing was nice, backgrounds were also nice. Another problem I have is how the father looks nothing like me– 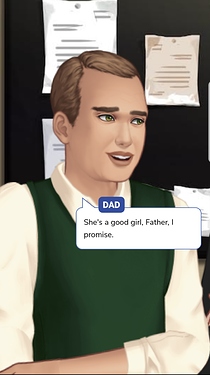 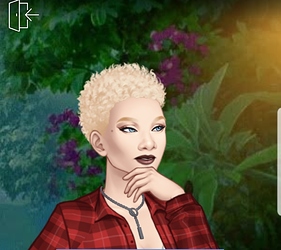 But yeah. It was okay so far. I might read the other chapters after I get my passes back.
9 Likes
Unpopular Opinions: Episode Edition! 💫
elliewrites.episode March 18, 2019, 12:55am #5

You make some valid points! I especially agree with you about being able to customize family members. It’s odd when a character who is supposed to be your father doesn’t look anything like you.
I think while it does include all of the cliches you say, in my own episode experience, I haven’t read many stories that tackle religion in this way. So, I find the plot intriguing in that regard. I had a hard time reading Becoming Queen Bee and Golden Girl at times, I just found them a little over the top so I prefer this story.

I mean it definitely does hit some cliche points, but I still enjoyed it

I’m still a bit of a cliche girl when it comes to stories. I don’t like to read them often, but sometimes I do. You made some great points.

i like it so far, but i just wish when we customized the mc, the dad would change too

but she’s always going to be one of my favorite writers, so i’m excited to see what she does with this!

Yeah. Bronte is my favorite author too

Lmao I finished all 8 episodes so far.

I get Bronte and Sandra G’s stories mixed up all the time.