Imagine : You are scrolling through the list of Romances. You scroll and scroll and cannot find a story that interests you. Maybe the stories you are skipping over are

Wait — but what’s this? If you hold down on the cover - you can ‘hide’ the story. It disappears from view! (Of course, if you wanted to read it, could just search for it.) Now you have new stories to pick from that are deeper within the list.

If you like this idea, feel free to support it at FEATURE : ‘Hide’ Stories in the Trending

This sounds awesome. I would probably be happy if it was implemented. I can’t think of any downsides to it yet, and I’m not sure if Episode would ever include this feature. They might if you make a forum in the featured section and set it up correctly.

I feel very optimistic if I suggested it. I think they have implemented two or three of my suggestions so far

nevertheless, thank you for sharing

I don’t really think I would use this tbh. When I go into genres, I like to see what’s currently at the top of the charts. I guess if I had all the cliches hidden, I wouldn’t be able to see an accurate chart.

For a lot of the contests entries, I’ll search the name of the contest (because that’s what is recommended when you name your story on the contest threads because it makes it easier to find) and for H&V and Star Power, all my top suggestions were stories that between 0-100 reads. I didn’t even think there were that many entries for Star Power because I never saw many and I only knew H&V was popular because of the forums.

So I think if this feature came out, I guess I’d feel pretty nonchalant about it, because I don’t really need it. But would be good for the people who keep getting the same suggestions popping up

dab made the suggestion

This sounds like a good idea. I also sent a message to Episode saying that they need to organize the user’s favorite and to read stories better like Goodreads. They did make some minor improvements but not on the level I requested. I do like your idea too.

1. How would you react if this feature came out?

2. What are the disadvantages/advantages of this feature?

Being able to hide stories that you started but didn’t like would awesome.
And if this was a feature, It would be a lot easier to manage all the stories on your main page,
as you could simply hide the ones that you don’t take interest in [Different genres, cliche stories]

As others have said, you could miss out on some really great stories if you judge them on there cover/name.
Another one is, hiding a story, then wanting to read it a while later, but not being able to remember the title.

3. Do you think Episodes would ever include this feature?

4. Anything you would suggest for this feature to be better

Overall this is a really Interesting Idea, one that would be super helpful,
and I think it truly deserves to be added as a feature !! 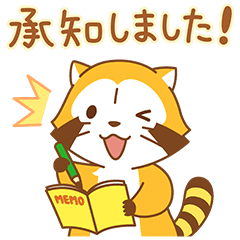 How would this work with the shelves and contest winners if say you’ve hidden some of those stories? Would your shelf be empty or would they show up even though you’ve hidden them?

hmm, I imagine the hide feature only works on the genre shelves . . . but that is a good question tho