Diversity is a must if you wish to achieve a realistic story! We live in a world with people of different mindsets, sexualities, races, faiths and abilities!

This is a thread to show your appreciation of characters in stories from different backgrounds!

So, this thread is a way for us to appreciate POC, LGBT characters, people of faith or no faith, etc.!

Soo where do we go from here?

All you have to do is provide a screenshot of the character, discuss why you chose this character (what’s their personality like?) and explain their background and what story they are from!

Your characters can be from friends’ stories, your own stories (y’all can self promo your characters, I do not mind!), any story from any author! It does not matter! What matters is y’all show some diverse characters some love! 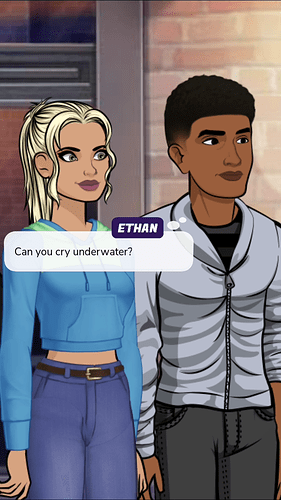 Character name: Ethan Agyeman
Background: British Ghanaian
Why I chose him: He has a good sense of humour, says very woke things (it makes sense I promise), and is a brilliant friend.
Where is he from? My story, Crossed Paths! 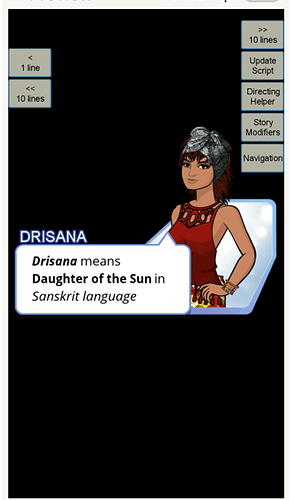 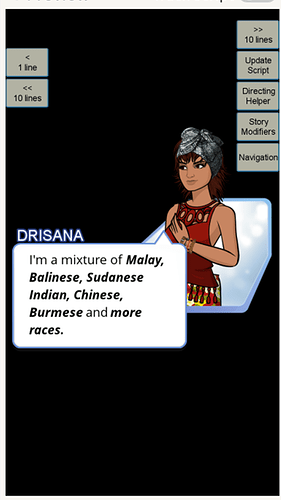 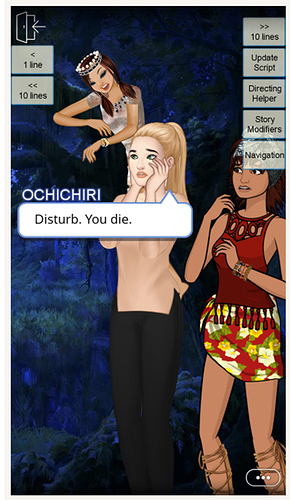 Character name: Drisana (Daughter of the Sun)
Background: Asian (Mix raced: Malay, Chinese, Indian, Sudanese, Balinese, Burmese and more)
Why I chose her: She reflects a bubbly spirit, warmth and friendliness like the Sun which is also the meaning of her name despite meeting a total stranger aka You from California who did not know of her and her tribe’s existence until their world’s collide.
Where is she from?: My story: Thriller: Tribe of Malapinchi

Omg you have 3 styles in your story and thank you so much for posting!

4 if we count spotlight

and all 3 styles in the spotlight version as well

. Yup I’m testing Episode boundaries and found it possible to do so with everything in 1 story. So happy I tried and explored that idea of mine,

Ah wow! Lol I cannot count haha and that is so amazing, I could only imagine how crazy the directing effort must have been!!

I can’t either. I died then come to life and press repeat. But my main source of motivation was to get lots more diversity out there on Episode for the world to see 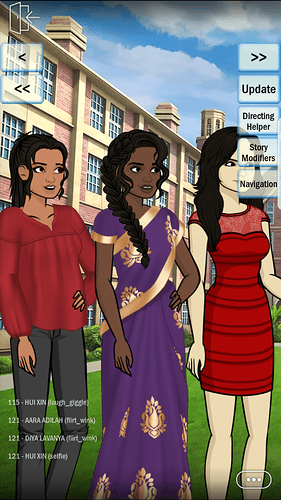 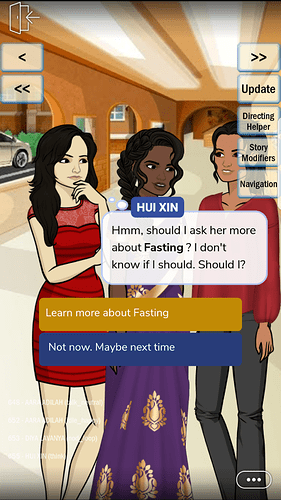 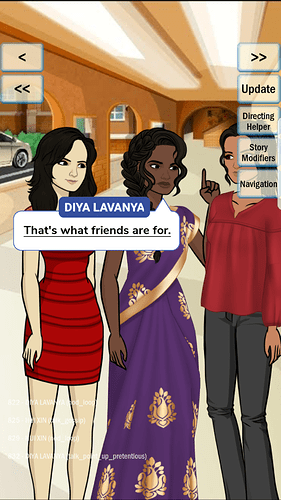 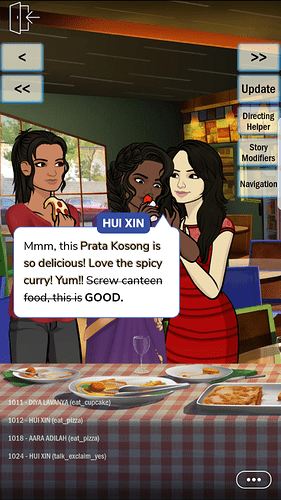 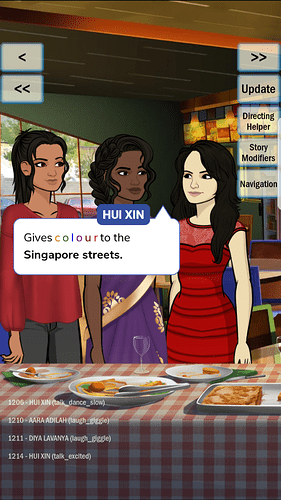 Character name: Tan Hui Xin
Background: Singaporean Chinese
Why I chose her: She is open minded about others cultures and religions and wants to know more. She loves other races foods like Malay and Indian foods hence the ‘prata kosong scene’. Her best friends or rather really good close friends are of different races, beliefs and backgrounds than her own. She is bubbly and happy but behind the scenes she is very sad, pressured and lonely.
Where is she from: My Story: Stay Strong, Sisters

I may as well get two in one, if only for an excuse to post this pun. 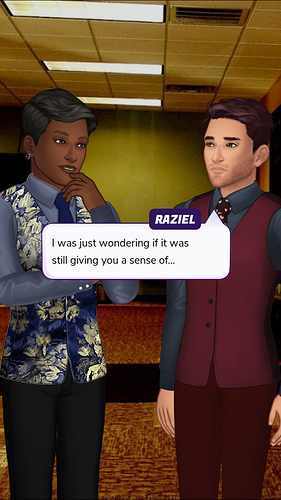 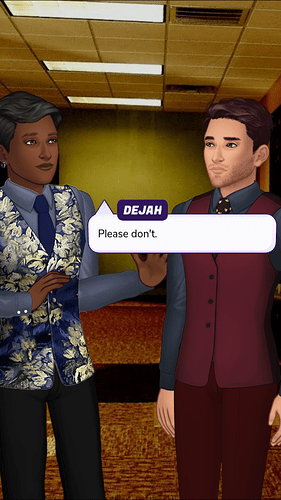 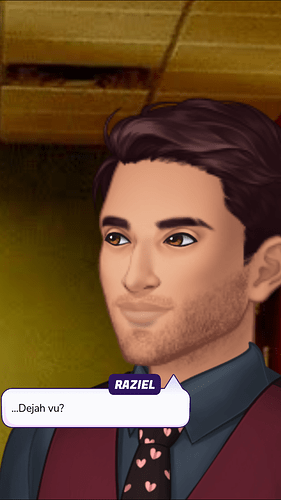 Screenshot_2018-10-04-20-58-16.png720×1280 491 KB
Character name: Raziel Barthold
Background: Assyrian, currently living in France
Why I chose him: This computer nerd and self-proclaimed “useless gay” is full of puns and the occasional joke at his own expense. Despite having been through a lot of trauma (both before and after moving to France), he still manages to see the best in people because he wants to believe it. He’s fiercely loyal toward the people he cares about, even through his own frequent existential crises. He also has a twin brother (or “former wombmate”) who he hasn’t seen or heard from in years.
Where is he from? My story, Disconnected

Character name: Dejah Leveque
Background: French Ethiopian
Why I chose them: Dejah is a newly-promoted homicide detective trying to prove they’re good enough for the job (which isn’t going so great). The main characters’ antics really don’t help matters, but Dejah manages. Although they handle pressure well, they’re becoming increasingly full of doubts the longer they work with the national police force. The occupational culture decidedly doesn’t help, and they try to avoid contact with their coworkers outside of work whenever possible.
Where are they from? Disconnected

Omg that pun is pure genius. Thank you for posting! 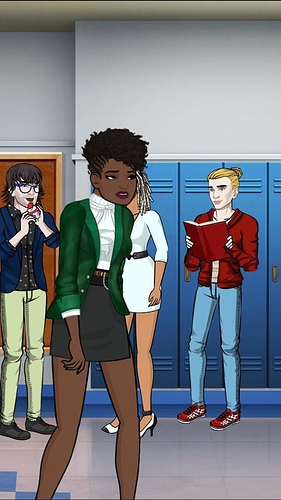 IMG_20180815_235648_056.jpg640×1137 74.7 KB
Character name: Kandie Jones
Background: African American
Why I chose her: Kandie is strong and independent. Her strength comes from being able to handle her problems dead on. I picked this picture to show the reality of adulting.

So do we post characters of our own exclusively or can we show other author characters?

… Is that a silly question? Am I over thinking this?

You are free to show both! Not over thinking at all and (I tend to overthink things too haha)