Do/did you write your story out on paper or while publishing?

I write it out on paper and google docs.

sometimes I rewrite what I planned for the scenes and awhile coding.

I did write in Word the story outline with stage directions but transforming them into the Writer’s Portal took waaaay too long. Now that I learned my lesson, I write down dialogues in WP and include stage directions in the narrator box before directing the episode. It helps a lot and saves time

I usually write out what scenes need to happen per episode, but then what actually happens and dialogue will happen when I’m actually coding. So my notebook looks a bit like:
-mc bathes and reflects on last episode
-mc is introduced to royal family
-mc and queen will have tea
Etc

At first, I’ll just write down whatever pops up in my head. at first, I thought everything was going well till I just saw how wacky my story became since I wasn’t actually planning everything and my thoughts and ideas were all over the place. So I grabbed a random binder and filled it up with as much paper as possible and write my stories from thereon. When I write my stories on paper I’ll make rectangles and two smaller rectangles on the side to plan out story scenes and in the middle, there should be some “talking” and when the characters talk that’s all coming from my head.

I don’t do anything-
I’m very dramatic, so all.my chapters have to have…

I’m very dramatic, so all.my chapters have to have…

lol I have no idea what you mean

I use Microsoft Word for every plan. It makes things a lot easier for me to remember and code. I plan as much as I can so that the coding is made a little simpler since I don’t have to plan and code at the same time just in my head (:

What I do/ did is I put a form of summary on each chapter in sequential order. I only wrote out the full scene/ chapter once and that was because there’s a lot going on, however that took 4 hrs. I only write out full scenes for things that involve a lot going on or I might forget. Otherwise I do a summary
This is a picture of my (sloppy) planning sheet(s): 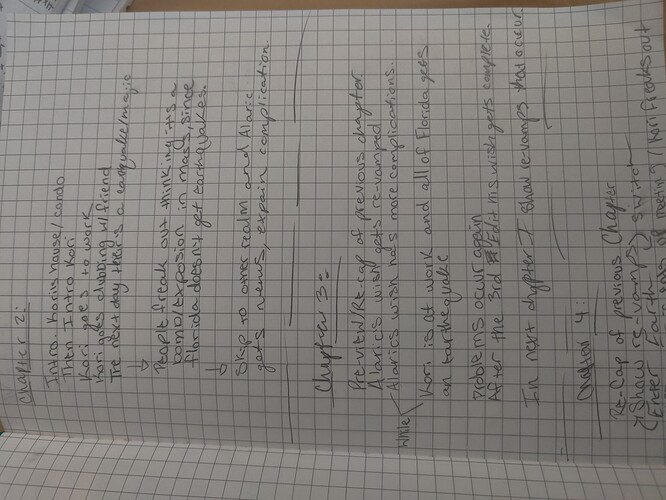 Baiscally:
Intro (what happends first)
then some climax or something important that must happen
And then my cliffhanger

I also have a PowerPoint where I keep all my character details organized so that it’s all in one place, along with the story card and the MC and Li character card. Sometimes I’ll have backgrounds there too if I’m deciding between a few, or I am about to resize.
This is what a slide on my PowerPoint looks like (I use it to keep a focus on the character I’m coding/ writing): 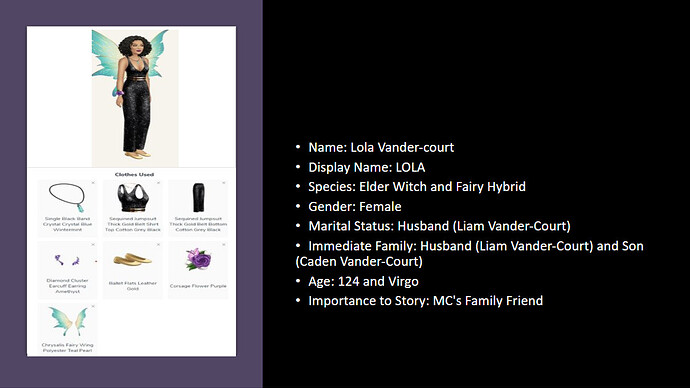 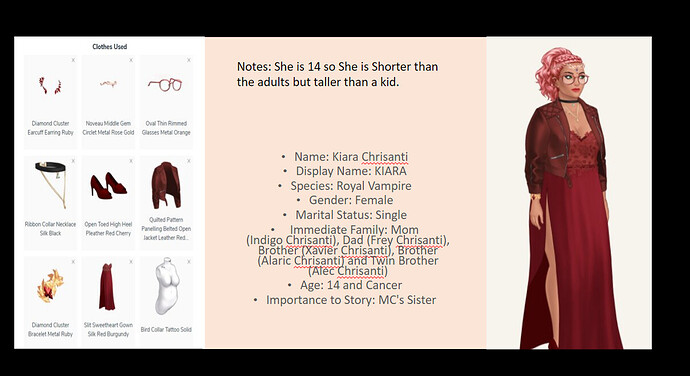 While I’m coding I plan out the dialogue how I would say it, since for me that feels more natural. Oh and I also have a notecard and book with all my species and their abilities/ weaknesses since I’ll writing a fantasy story.

I did try a planning sheet idea from episodelife but I found this way worked best for me.
I feel like that’s a lot but it works for me. But do what you find works best, that what helps stay most organized.

3 Likes
I need help with planning, motivation, where to get good backgrounds, and how to stop procrastinating
How to plan the best episode story
Goldpigs June 8, 2021, 5:07pm #29

Whatever works for you! I love how organized you are