I’m looking for this animation that the male limelight character do. I would explain it as a unimpressed idle expression. I mainly see it on stories where the male character is a supernatural creature or leader on a mafia and this look suppose to seem intimidating.
Does anyone know what I’m talking about ?

Do they have their arms crossed or something ? Are u able to explain a bit more ?

No, It’s just an idle stand. The male character is not talking or anything just standing look unimpressed

Maybe a little annoyed but it’s an intimidating look

Could it be any of the eyeroll animations?

I wish cause I passed that multiple times

It’s not that one

lol no I just rechecked all of them. It’s like a resting bytch face

but for the male limelight character and their standing. Once I read a story I will screenshot the look I’m talking about that I seen before

Yea next time take a screenshot as a reference so we can see .

kk , and thank you I really appreciate the help from everyone

Maybe try using the animations in the script and see what face they have after the animation is finished. Sometimes it’s hard to find something cause it goes back on a loop

No, that’s not it either. I have been informed about how authors use an animation but have it as a close up but lol that’s not it

Do you mean this? 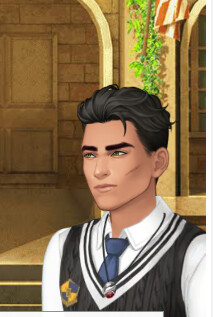 This is all I can think of. It’s like a cold stare

OMGGGGG !! YASSS This is the look I was looking for