Does anyone have a template of hand overlays?

Woosah bro. It’s not that serious.

Yeh but that was kind of understandable right? Because when you replied we were all talking CC

Either way, glad things are resolved.

yes they weren’t but they also stated they wanted it when the reader chooses the character skin tone that the overlay template would match, that’s how CC came into it and as to why the gains wouldn’t work.

Which @Dara.Amarie said wouldn’t work for CC (if someone changes their skintone more than once in the CC)

Everybody chill the heck out, why are you all fighting over this? I simply said I misunderstood something and then this happened. We don’t need more drama in the forums then there already is.

Hmm, I think she took it off because it’s not there anymore

Yup, that’s how I ended up doing it and now have my dressing game coded so I can use gains.
But there is not really a way to use the same process within customization.

I did it with nested choices right after CC. I’m too lazy for points

NOTE: These overlays are not mine! They belong to @episode.uwe! 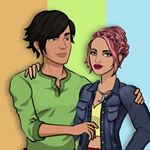 Oh ok.
@jessie_1999 Go to the web preview where you are creating your story. On the right side there should be a box that says script templates.
Scroll down to you see avatar. Click on them and a template script should pop up.
Once the script is there just change all the @INKFEMALEAVATAR to your characters name.

Hey @jessie_1999 ! If you’re using ink style, you can send me the template of your customization and I can then create for you the “new” template which allow you to know what skin colors the readers have chose,