Does anyone know what this story name is? 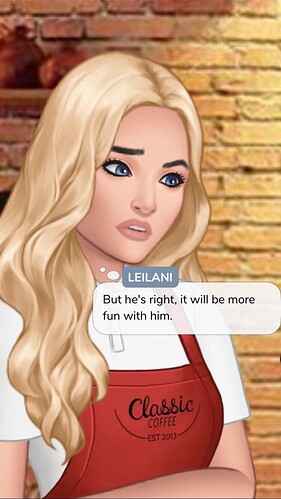 Moved to Episode Fan Community since this is not art-related. Make sure to check out our Forum Tutorial for more info about creating topics, and feel free to PM me if you’ve got questions.

It’s possibly Invariably by Kylie but I’m not 100% since I don’t remember whether there was CC or not.

Do you have anymore SS?

It’s No Self Control by Andrianne Roxi, I believe

i think there’s CC… but I’m not sure 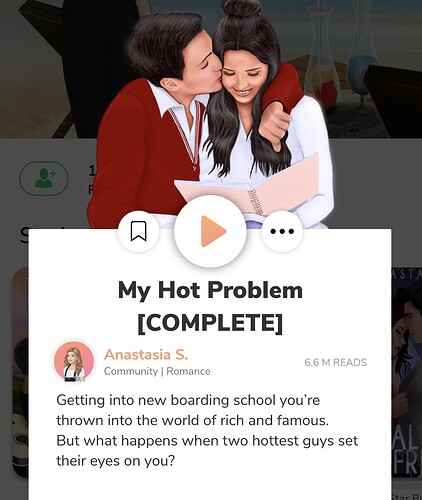 Because I remember the MC’s name being Leilani and her parents owned a cafe or something and one the LI’s came in after it was closed.

What chapter include that scene?

I dunno, it was in the first chapter or two, I think, if this is the story. There’s not a lot to go off of one screen shot, sorry. It definitely could also be No Self Control by A Roxi, which has a similar scene with the LI coming into the cafe and has name CC. So my guess is it’s either No Self Control or My Hot Problem. But this scene would be in the beginning of either of them

ok ok. I read the first chapter of my hot promblem but it didn’t include that scene

I’d try No Self Control, then

Edit: if it’s not NSC, then I have no idea. Or it’s one of those stories still but the scene happens in a later chapter.

Yeah then it’s not invariably as the MC doesn’t have CC in it, and that’s not what she looks like

yep it is thank u