- if there already is one, please feel free to link it below and I’ll ask to lock this one

So two days ago, I saw a featured version of “Her Innocence” by @Arrows.Episode :

Shockingly, I did not seen any gem choices in this version. This must have been an error, because I saw clear instances when Episode went though to set up a gem choice-type scene, but the choice was always free. I mean, I’m not complaining, but also… what happened there?

Then yesterday, the title was changed, three more episodes were added, and the blue E that was in the corner - signifying that it is a featured story - and the ability to get gems was gone. Additionally, I couldn’t find the story yesterday ANYWHERE. I originally found it in Popular on Episode, I think, but it’s not there now, or on any shelf.
But then I saw a brand new version of it on Arrow’s profile with only 3 episodes. I just read this new new version (lol) and it DOES have gems so there ya go.

So I was curious if anyone else has this featured version - and if so, what the name is, how many episodes are out for you, if you have gem choices, and if the blue E is still present for you. Also if anyone else now has two versions of the story.

Or maybe I’m the only one so invested in this.

Interesting. I definitely had gem choices in mine. One for an outfit and one for getting a ride through LA from one of the LIs. I was surprised by how many choices didn’t require gems. It’s a nice change from the recent pattern in featured stories of making every choice cost gems, even meaningless lines of dialogue.

Mine has the same name, and it has the blue E.

A few weeks ago I got it titled as “Her Innocence” to beta read with gem choices. It disappeared after I read it, but then a couple of days ago I got it again as “Don’t Call Me Angel” no gem choices. I assumed it was released but it seems to just be another beta. I didn’t know you can get betas twice

Ooh yeah that is wild

did both versions have gem choices?

I can see it in my profile now. So, I assume it’s kind of released? I don’t really know

I haven’t seen this on any of my shelves yet, not for any beta.
I had a different beta story the other day- for about 12 hours and then it vanished lol.

Ooh what story was it?

The featured version of Working for Him by Jasmin Dee. Title included “Penthouse” but I don’t remember much else.

I saw that briefly for a few hours either Wednesday or yesterday too.

How many more titles will this have?

I have this as “Hello, Neighbor” 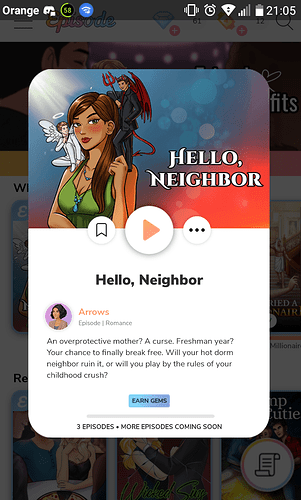 Just by looking at the screenshots. Who charges for FRECKLES?

In their defence: As far as I am aware it gives bonus content. 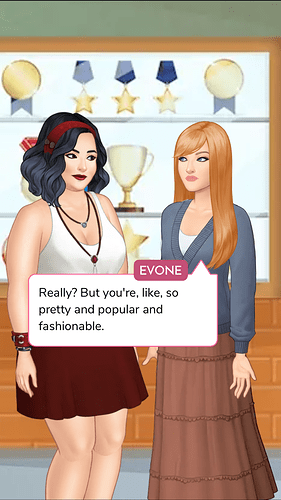 Look at this woman’s body! It’s so cool!

Forgot about this thread lol. Anywho, read all 8 chapters, played most premium choices (had about 500-ish gems racked up) I liked how they fit it in 8 episodes, it didn’t feel super rushed or anything.

Some screens of premium outfits: 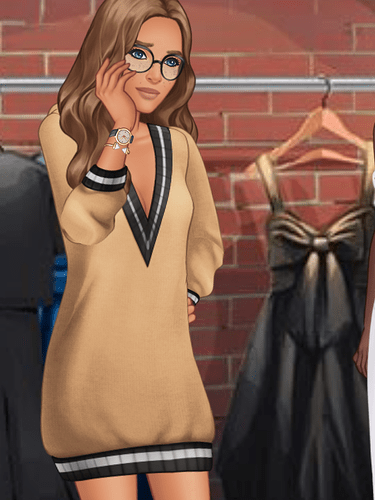 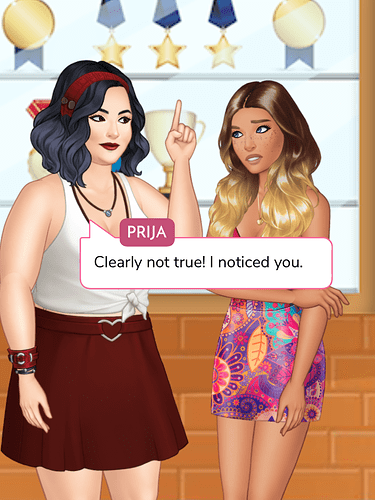 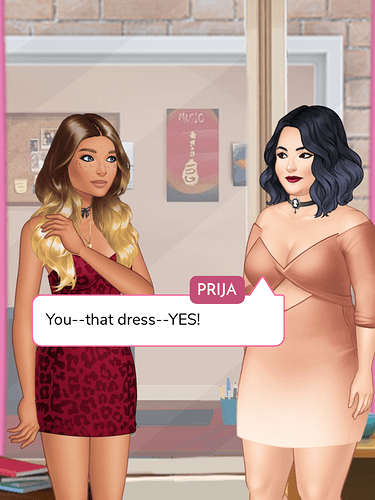 The PC in this one was going to a costume party 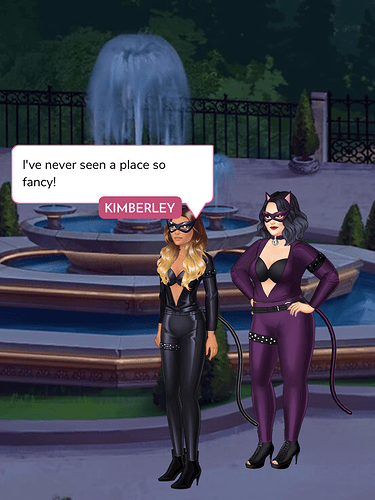 You had the option of either the dress Prija is wearing or MC. Either way they both wear these dresses if you choose the pc 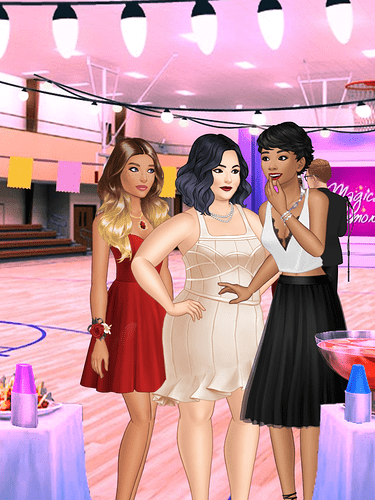 You had the option for a pc outfit for Prija, I went with the middle one 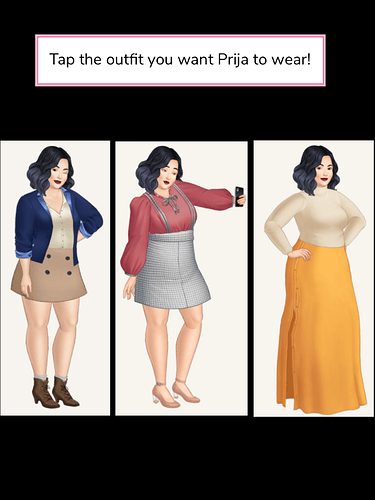 Anyone else see this?
Is this Episode’s way of trying to bribe us to read featured versions of stories? Rather than finding the original and reading it gem free? lol 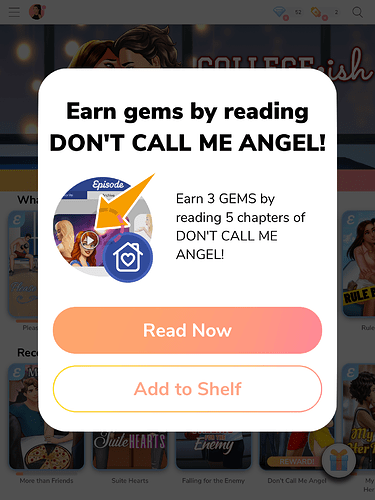