Don't you think it's wrong for the Arthur being attacked for something happening its story? The commets go crazy

I feel like if you read the comments above the memes… You will know what the thread is about.

Lol same. I was soooo confused. I kinda realised it must have been author with so many ppl saying the word “author”.

It’s not even that hard to figure out. It’s just like this meme: 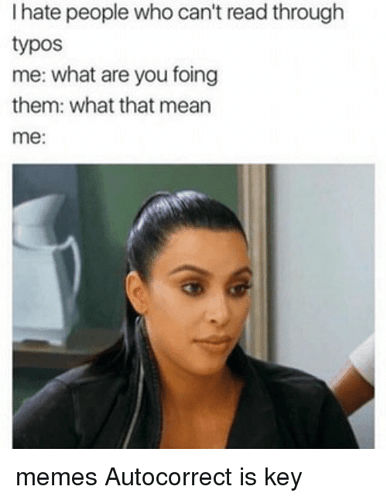 I don’t think the word “normal” does or should apply to something like attacking a person over some fictional plot line.

It’s normal for people to get mad if they don’t like, even if it is fictional. And they will say something. It’s happens a lot to where it is normal.

Sure, it’s normal to be disappointed or upset.
It’s also normal to express it.

But harassing the author because something you don’t like happened shouldn’t be.

Everyone is allowed to get mad or whatever they want to feel. The point is, how and where you show it. Attacking someone can’t be the right way to show emotions. No one has the right to attack anyone. Least of all over something as unimportant as a fictional story. They can rant to a friend. They can post stuff like “ugh. I’m so mad this or that happened”.

But maybe we just have different definitions of attacking

Yes, people get mad at things they disagree with or dislike, but it becomes a problem when they express their feelings in a negative connotation.

I don’t understand this thread. Do you mean author or the cartoon show Arthur? If you are referring to the cartoon then I think this thread is supposed to be in the general chat section.

Didn’t somebody already explain this to you earlier? What is going on?

Ok we don’t need to tell people to shut up and she wasn’t the main one ridiculing you.

Can you give us an example on what you mean by attacking the author since we all have different personal definitions on what that is? I’ve seen cases where people give constructive criticism (hey this word was spelled wrong or this part was confusing) and it’s seen as attacking, and I’ve also seen cases in which readers get upset and start calling the author names. Which one are you saying?

Well, the cartoon Arthur is getting hate for featuring gay marriage. So it’s not impossible that people thought you were talking about it. I didn’t even realize you meant author until people clarified.

Uhhhh? I wasn’t hating on you at all. I just asked a simple question, but I guess…

Briana. Both the OP and another person told you that the word Arthur was a misspelling. Therefore the word is author. A-u-t-h-o-r. The writer of a story. This thread is about the OP not liking how the writer of a story can get attacked for events that happen in a story.

Wait — I thought we were sharing weird (and often vulgar) Arthur memes!

Nope. This only started because they were making fun of the OP for spelling author wrong.

Well, the cartoon Arthur is getting hate for featuring gay marriage. So it’s not impossible that people thought you were talking about it. I didn’t even realize you meant author until people clarified.

To be fair, this is in the Episode Fan Community section. The OP isn’t really engaging much, but I think that alone makes it easy to figure out they meant author. And “the Arthur” doesn’t really make any sense if you were talking about the cartoon. It’d be missing the word “cartoon.” And maybe this is a nitpicky thing, but it sounds awkward to refer to that episode as part of the story without elaborating much.

So, @leanaeppy can you maybe give an example of what you’re talking about, specifically?

To be fair, this is in the Episode Fan Community section.