Dose any one what how to shrink people

I been watching YouTube to see how they shrink someone to make a kid but I just don’t seem to understand how to do it can someone give me, my friend a hand

Do you mean how to scale characters down?
If you go to the previewer in the portal, you first have to spot a character randomly, than you preview the script. After the previewer is showing you the scene you click on the ‘Show Helpers’ button, then on the button, which says ‘Spot Directing’, after that on the other side of the screen some more buttons show up, then you have to click on the ‘Switch Tool’ button, when it says ‘Switch Tool: Scale’ you can move the character around the screen, when it says ‘Switch Tool: Move’ you are able to make the character smaller or taller. Then after the previewer is a text field where you see a character spot code, just copy it and paste it into your script. (After that you can delete the first spot command, which you’ve chosen before, to let the character appear)

I hope you understand it.
It is longer that expected 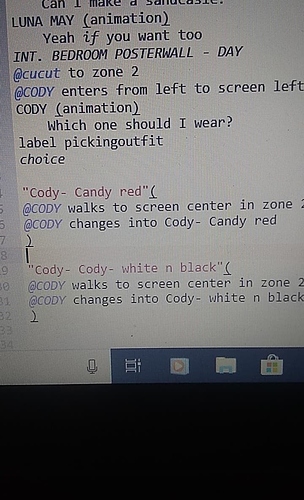