Hiii everyone!! Many people want to commision me (they want to pay in money). But idk if I cn do this my art is episode art but in my art style. Because it is in my art style it doesnt reallly look like episode art. Could I sell this because its not a edit. Pls tag people I would love more people opinions about this!

You might want to include some examples of your work so people can see if it would be able to fit:)

I will add them later but in general would it be a problem or not?

I don’t think so. There are people who have more cartoon-ish styles, it just depends on what someone wants for their story cover/art-scenes.

I’d have to see the art to really give an opinion… but if it’s direct tracing of the characters, an edit, or someone could recognize the drawing as the episode animation style; then no. i think?? 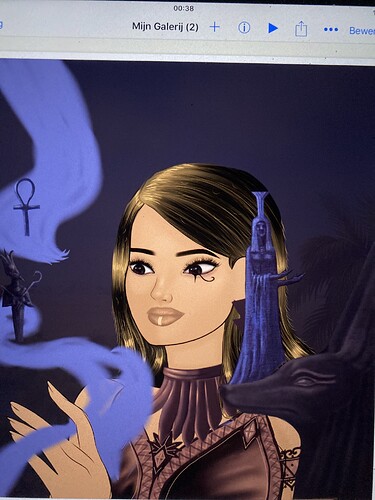 I sended a picture

yea idrk if you’d be able to sell that. the resemblance to ink is quite prominent and heavily mimics the episode animation style… so i would say no, but that’s just me. your art is seriously beautiful though!!

Ty for your opinion!

yeah you cant sell that, the face looks traced. but your colouring is amazing.

Since you said this is older, can you plese send us some recent examples, so we can judge?

I mean, just based off what you sent: no. I think it’s beautiful, but there is the whole Episode asset issue… it looks too much like the Episode avatars to sell, and although a lot of people do it, you don’t want to be the one to get caught if you get my drift.