Why did this make me laugh?

The point is, you don’t see people like me complaining about not being represented.
Because people like me appreciate a character for their personality and choices, not for the color of their skin or if they’re gay.

So anyway, in the future I do hope that writers featured and non-featured alike can portray diversity in much more ways for the year 2019, there’s so much things one can do to portray diversity. Like she said earlier, portraying people with difference of opinion is also a good method of making a story more diverse, that’s a very great idea! There’s also adding people with disabilities, medical conditions and countries of origin. Through writing them you not only make a story more interesting but you also become more in touch with the world around you. it shouldn’t stop at race, culture and sexuality

Closed due to violation of the Forum General Rules:

Topic will be reopened in twenty-four hours. Please review the rules before continuing to participate in this discussion. Refusal to abide by the rules will result in the offenders’ accounts be silenced or suspended. Thanks

We’re heading into 2019 and we still have major issues in terms of diversity. While I don’t want to dismiss the progress that Episode has made, I just want to know why does it take people having to bicker with the company and other community members for us to get an ounce of representation?

For example, I am going to use one of Episode’s Instagram posts.

So limelight has been out for some time now and darker skin tones are still being left for last. There aren’t enough lip colors for the darker complexions. Hair colors can also be troublesome.

We’ve been patient for some time now and unfortunately, our requests are still being overlooked.

Please look at this picture and realize that Episode does have a problem when it comes to darker skin tones. It’s like this one in particular was used for marketing engagement and it just doesn’t sit well with me. Is it really that hard to compliment darker tones? 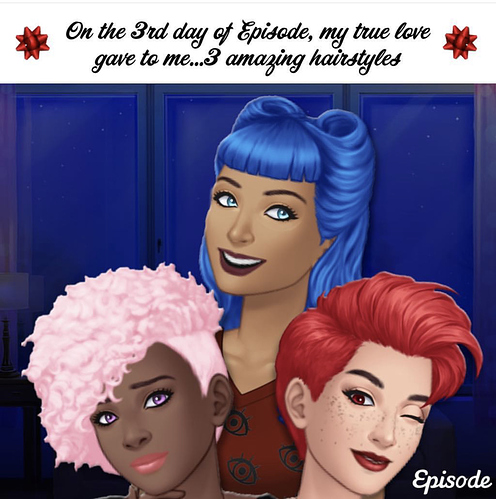 It’s annoying and yet people still dismiss our issues. These issues need to be fixed! They cannot be ignored and they shouldn’t be! An app that claims to be so, so diverse, yet most people don’t even have stuff to represent themselves on the portal. Look at how long they took to release more dark skin tones, lip colors, and hair for Ink. And Limelight has very little. It’s not even just the lip colors, it lacks anything that represents a minority. Afro Hair styles, Kippahs, Modest clothing, Indian clothing, etc. It’s just upsetting at this point. Can’t even do some damn lip colors. Smh. It’s almost 2019. We aren’t letting you slide this times, Episode. It’s time to wake the f*ck up.

It sucks because I felt as though they were making progress when they released all those natural hairstyles in ink nearing the release of limelight, but then limelight came and they stopped. Even the cultural and religious clothing in Ink was giving me the impression that they actually cared about our opinions. But they took a complete U-turn. I’m starting to lose hope in the art team and the writing team because they obviously don’t care about diversity (as they claim to in this topic)

We will increase the diversity of clothing, hair styles, character features, and backgrounds to empower everyone to tell THEIR story. Moving forward, we will put assets into production each month that expand the diversity of our art catalog, representing more religions, ethnicities, cultures, and genres. We have a lot of work to do here, so this will be an ongoing effort. 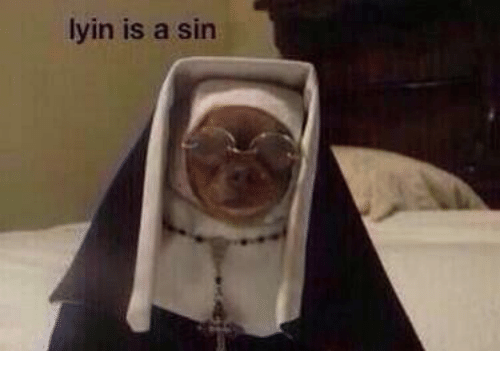 I think a few different people brought this particular point up, too. I definitely like diversity of all kinds. More diversity is just more natural to me in general in all forms of the word. I literally cannot stand it when a character’s personality revolves around their “diverse” identity. Like, when characters are thrown around and described as gay, woman, Hispanic, -insert all the diversity buzz words here- and then this extremely small part of their identity becomes their only OR most important identity. Like…more stories where characters are diverse just naturally so.

I think you’ll find it does. The “if” implies the information afterwards is not a reality, honey.

Can you just state your opinion and move on for once without being a condescending jerk?

I have a right to comment on whatever I want – especially when people comment on my stuff directly.

. That’s why I always say we should just write what we know, what we enjoy, make it flow naturally

The problem is that a lot of people use this excuse to purposefully exclude POC, different sexualities, different religions, disabled people, white people who aren’t from America, etc.

I agree with most of what you said other than that. I’m kinda surprised to admit it.

I don’t think “if” implies anything. When I read “If I wanted to, I could do this.” - doesn’t mean I don’t ultimately want to.

Also, I 100% agree you have the right to say what you want however you want to say it. My point is you often do it in a way that when other people read your posts, they feel like you’re being aggressive, rude, condescending, etc. I do it, too, sometimes, LOL, but I try to be very careful about how I word things while still being true to myself and my opinions as to not cause a rise in people which is something that tends to happen. I used to have no filter at all, >.> I think it does better for everybody to try and be kinder to people. That’s all.

Of course, lol, some people don’t want to be kind and, hey, I don’t mind. You have that right, I just think when we wanna have real discussions with people, we do it trying to consider how other people will read these words. Sometimes, this is impossible, I realize, but shrugs we’ll never get anywhere if we don’t try.

I agree with most of what you said other than that. I’m kinda surprised to admit it.

You shouldn’t be surprised. We aren’t that different. We have different opinions and understand things differently, often. I’m not an intolerant bigot for that and neither are you. We have a lot in common and a lot of opinions are similar to each other as well as many things very polar opposite from each other. We see things differently.

There is nothing wrong with that, there never was, and there never will be. We just butt heads a lot. LOL That’s something that always happens with the both of us with many people on the forums. <3 <3 Couple of stubborn, opinionated broads I tell you XD

Unfortunately it does. When someone says: “If I wanted to…” the implied collocation is "I would have done it already’. Because it’s in the second conditional: if followed by the past simple tense. That is used in the English language to express something which is unlikely to happen. I didn’t want to get technical, but it might help.

I mean, I guess I can see this point of view. Maybe I just knew she didn’t mean it so I didn’t read it that way. I don’t know for sure. It just doesn’t come off to me that way when I read “if” statements unless I also see “but I don’t want to” after it. shrugs

It’s a sad reality of the way conditionals work in English. The past tense implies unlikelihood. The use of “wanted” therefore implies that it is unlikely they’d want. 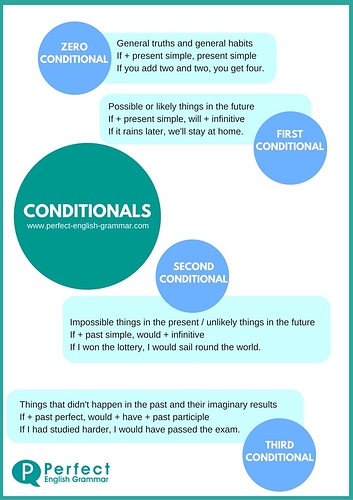 I read everything on this thread and the first thing that came to my mind is that “people are free to write and express themselves as they want.” If it’s not offensive and doesn’t promote harmful behaviours and actions, people are free to express themselves as they want.
We live in a world where diversity still varies depending on the area. Because you live in an area where diversity is important, you can’t force someone to match your expectations in their story. You don’t know where this person lives, how they are spending their lives, how they were raised. If they didn’t intentionally offend you, if they are not promoting discrimination, people have the right to write what they feel like.

On the other hand, people also have the right to ask for features to match the diversity they live in, of course. It’s an app which is open for everyone, worldwide speaking. Users should be able to find the features that are characteristic of what they see, grow up in and live in.

Just remember, you can’t tell someone what they should or shouldn’t feel. But you also can’t force your beliefs on someone else.

Let’s just all try to get along, because this is also how diversity begins.

My big thing is the fact that we have a right to ask for what was promised of us. Regardless of whether or not people disagree with us wanting diversity in the first place, holding Episode accountable to their own standards and asking them to make true on their own promises as a company who should prove they’re trustworthy by keeping the promises they made is completely reasonable.

Of course ! You are perfectly right. They promised something and, if you feel like they didn’t keep their promise, then you have a reason to be upset.
But asking for something and putting down other people for what they do ( or don’t do ) isn’t the same thing.
I feel like, in this thread, some people from both sides tend to not completely separate those ideas.