HEY.
So I’ve been getting this error quite frequently now.
I’m adding a prop for eg. a Handgun; and the prop is shown the scene where i added but also before i added the scene of handgun.
How do i fix it? like how to make the prop appear only in the scene i want to and not way before the scene!

u just need to use the remove code

that i m using when i have to remove the prop after its scene is done.
but the prop is automatically before i even added it .
how to remove that?

for example
I am at line 10 where I’m adding my handgun and removing it at line 15, but the prop is already appearing with the character in line 2.
P.S. The character to whom i added this prop.
I’ m not understanding how to fix it

it’s very strange, the only way i know is this.

can you show a print screen where is the error?

Hey thank you so much, but i kinda fixed by putting the code of adding the prop in that line and removing in the next line. that way its not showing.
thank you so much for your time. <3 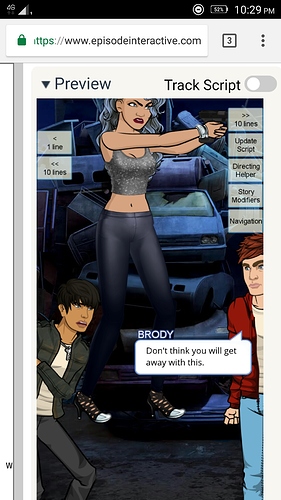 let me see the print code

the code where i copied the spot direction?

hey . im not able to send it now, can i send it by tomo?
by wifi isnt working.
so sorry

sure. before u do that, try to see if the Y value it’s the same for all character

Y it’s the the high where the character is. 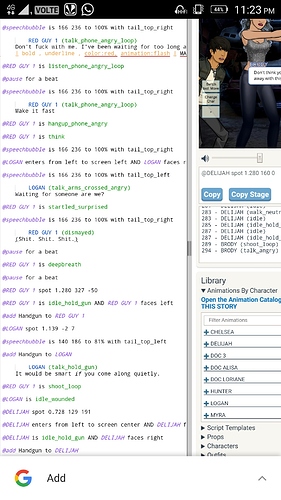 Hey, Thank you so much. I fixed the error. I had to change the coding like
@CHARACTER enters from X to back far Y.
so that worked it out.
anyway thank you for your time.
I really appreciate it.