FEATURE: Assign your OWN value to show the exact number of point(s) a character has ❤

OK, so this is pretty awesome, I believe that not a lot of people know about it (hopefully soon they will).

Here’s the thread on it: HOW TO: Show character points WITHOUT if/elif/else - the simpliest method 😍 I highly encourage you to check it out because it is cool, you can automatically show the character point in just one code!

However, I think there should be something easier for us (a much more visible option) and instead of just having to use the long number (the character’s ID) in our search bar for our character to automatically print out the point(s) a character has in total, I think we should have an option where we could assign an ID/value to them that does this. So, this ID/value would be visible to everyone who enters the portal, simple to view, much easier (plus there’d be a helpful hint as well on how to input it) and this way, we can shorten the number to something like 2041 or something else like 1 for the main character. Plus, it’s fun to customize what your point will be called 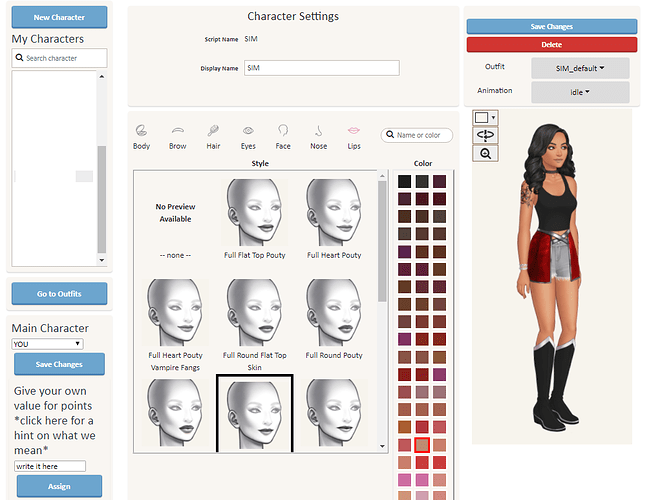 Another thread to support: FEATURE: point system not just for characters

Episode, this would be such a cool update so if you decide to make it, merci