Hey, I just found something that kind of tickled me. So as you know, quarantine is boring. Naturally, I’ve been trying to find ways to kill time - and after seeing a YouTube video I decided to go on GirlsGoGames and check out the weird kids games. One was called “Princess Hard Time” basically it’s a game about a princess… who’s have an exceptionally low day and cheers herself up by doing art, having a smoothie, and meeting a friend. However the main menu screen for this game features a familiar background.

It’s a nighttime version of INT. TEEN SISTER’S BEDROOM - DAY, which I don’t think we actually have access too - so it’s clearly been edited. But I recognized it right away and thought the forum might have a fun time with it. 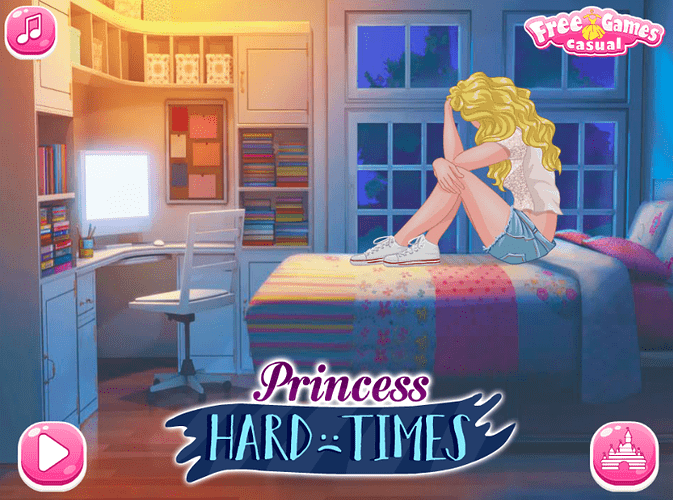 If that game has no affiliation with Episode Interactive and Pocket Gems, I think you should report it via ticket with a screenshot…

This has happened multiple times. Some people just can’t understand how serious copyright is. All admin will tell you is to file a ticket to let episode know. So if you show them what you found they will be able to take legal action. I believe they did this months ago but either nothing has been done about it or they just don’t give a f*ck and decided to use it again.

This actually had a thread before. Sydney stepped in and said to report it through ticket.

Lmao this is so funny, I’ve seen so many games with stolen content and the game itself is pure ads

Please let the support team know about this issue via ticket