Im creating a story set in the year 7275 and want names for a few characters but im at a stand-still. Can you help me with names for these characters?

1: A worn shopkeep thats tough but kind. Is like an uncle to MC, cares very much for her.

2: A high class female politician with a dark side. Shes sneaky, and wears a “mask.”

3: An andriod that’s defective and has no owners so gave himself a name. He’s robotic in tone and an early gen android. 74 years old.

4: A name for “highclass guard” because all i got is “High Guard” lmao This isnt an actual name but a word for a High Profile guard. Kinda like an FBI agent.

5: A big time female drug dealer, bad-ss, honest. She plays no games and has a no bullsh-t attitude. Helpful, but doesnt do anything for free.

hey! here are some names i found on a website and their meanings!

i can look for some more if you don’t like any of these!

Lol here’s what I came up with.

I just know it took a lot to come up with all of these names
All I’ve got is Luna, Ray and Maxcia

Woah, you went ham! Theres a lot of really good ones here and ive already pivked a few out grom you lists haha

The story is set on a spaceship so these work wonderfully actually.

Thank you. Happy to help 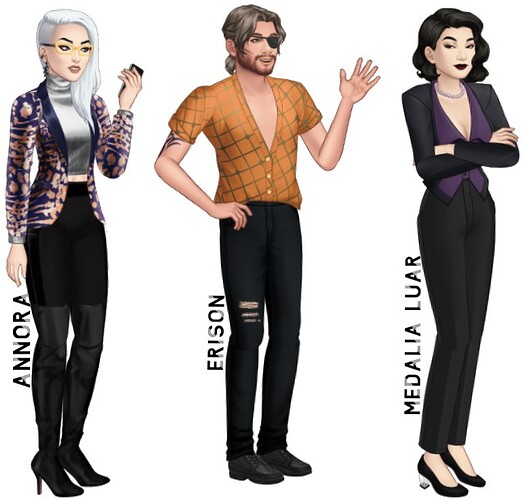 Thank you all for the suggestions. I’m sure I’ll be using more as the story progresses.

Avria for number 2 and Xenon for number 3 sounds like a fit. But it looks like you already got some but here’s my idea.

I dont have any name ideas, but perhaps the android can name themself after someone or something that holds some sort of sentiment to them. (Like, maybe they name themself after a broken toy they found in the trash because they know how it feels to be discarded like that. And Maybe they start collecting pieces of unwanted garbage after that.) idk that’s an example, I’m sure you can come up with something better than that. Your story sounds really interesting though