Game: Describe a Character in 3 Emojis

I’m not sure if something like this exists, but if it doesn’t, here we go!

The rules are pretty simple: Someone gives a fictional character (from books, TV shows, and Episode story, etc.) and what work they’re from if needed. The person below then chooses 3 emojis or so to describe the character.

Arne from Escape from Stetyca

It can be as ridiculous as you want!

next: garth from sugar rush (episode) 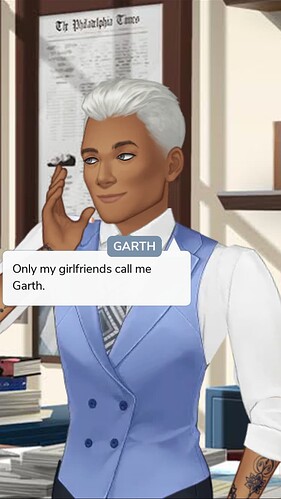 I guess.
Edward from vampires or werewolf -episode

I wanna play but I don’t know who that is or what that story is, so…

[The emoji’s are all confused or shrugging because I’m unfamiliar with the character and story.]

@CovfefeBoss Should we make it a rule to add screenshots, to avoid this confusion?!

Katherine Pierce from TVD [AKA: The Vampire Diaries.] [You did say TV shows count…]

violet from a series of unfortunate events

We can if it’s an Episode story or something less widely known.

Jim halpert from the office

Idk but i felt those fit him so well

I just love playing random games and chatting with strangers while relaxing and just sitting in my cotton joggers men, do check out Tistabene they have a really good collection of tie and dye jogger sets, cotton joggers men