I was reading a story and suddenly a gem choice was actually…a gem choice.

Has anyone else suddenly been chosen? 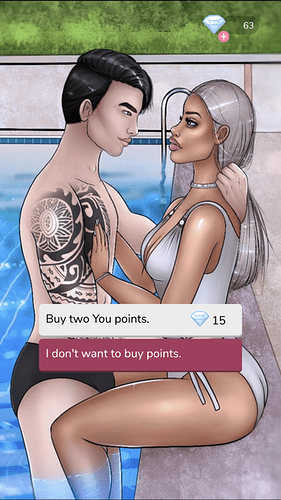 Oof that’s high too. Isn’t it only supposed to be 10 gems for stories with over 100k reads unless you were part of a small percentage of people who saw 15 gems?

For now, prices will be capped at 10 gems or less. During the rollout phase a small number of you (2.5%) will see these prices as 15 gems, you will also not see the tiered gem choices described below.

What story is this and by what author? You may be part of the 15% and @EliseC is right. 15 gems is high and I don’t recognize this story.

It’s Why Don’t You Want Me by Margo Vincent

Honestly, I feel like finessing this system till I get caught. Smh.

Also, don’t take this risk unless you want it, but another user said that these choices didn’t even deduct. But they were five gem even if she could see it. 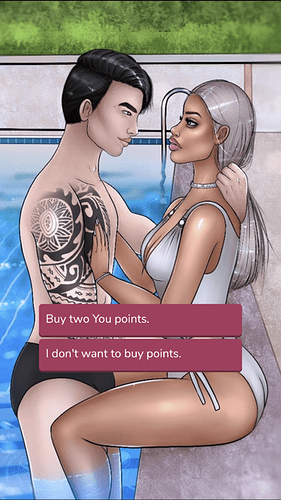 They may have updated? Especially if you’re reading the same chapter. Maybe they saw the post lol idk but the the advantage.

No. It’s a new chapter. Who knows at this point. Episode is weird

It happened to me as well. I could never see gem choices and suddenly I saw this, 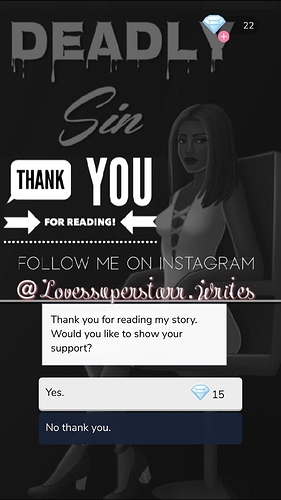 Hmm… maybe a weird, temporary glitch? Since you’re not the only one. I’ll have to read a story and see if it happens to me too lol. (I’m reading the same story you are and I’m super behind so I’ll try that one lol)

Maybe somethung that is an on-off thing bc it’s tested. The same thing would happen to me with the feature ( approx. mins)… I would like it show how much it costs though

I’m a brand new author on episode who just started my first story I haven’t published yet but it shows 15 gems and I’m worried about getting banned because episode thinks I hacked or that it doesn’t charge gems (it’s an extremely important choice that unlocks multiple different scenes and other stuff.