So as of yesterday (August 5th) I updated my story with a new episode, while viewing my story on my phone my mc has black hair with dark eyes but whenever I preview it on my computer she has her regular features? Did I code it wrong or did I mess up up somewhere along the lines when adding the code so she could have dark hair with dark eyes? 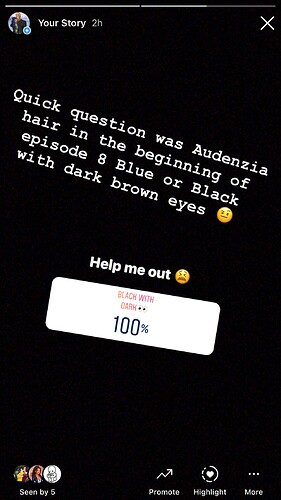 did you change her features at some point using donacode? meaning you used either ‘changes to hairColor’ or ‘previews hairColor’?

so that command changes your characters features from all the episodes. while the preview command only changes them from the point you code it in until you don’t want the change to occur anymore so you code in @/CHARACTER unpreviews hairColor #

Aha okay thank you, so I would just have to go and edit my code where it says changes hairColor to @/CHARACTER previews hairColor instead?

Thanks this is really helpful, I’m still learning some commands and this is one of them >.<

me too! and i’ve been coding for 2 years!

Well thanks for helping once again, I really appreciate it!

I even asked a few days ago if there ways a command to change the hair color and the two people who replied said it was changes hairColor, never knew it was previews hairColor. Definitely writing that down in my notebook lol.