I’ve been making a ballroom dancing scene, and for some reason, weird things happen. 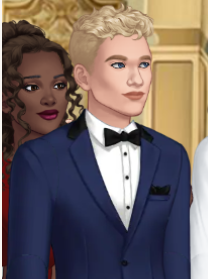 This guy is supposed to be dancing

The exact same code worked 5 minutes ago, but now he’s just standing idly. This has happened before.

This is the code. You might see that both of them are facing right, which is weird, but for some reason, with the male ball dancing animation, sometimes, they face right when you tell them to face left and vice versa. It’s weird, and I don’t know if it’s just me.
Sometimes it works, sometimes it doesn’t. When I make both of them face right and I preview it in the web previewer, it looks fine and it looks like they’re dancing properly. But then, I preview it a second time without changing any code, and it looks like this:

It’s really weird. Sometimes, it works, and sometimes it doesn’t. It works with some people but not with others. How do I fix it? I’m confused

instead of separate lines. Idk if that’ll do anything but it’s worth a shot. lol

It might also be a good idea to send in a support ticket. There’s been a lot of animation glitches (like an animation not working for “body type” but another character of the same can do the animation). 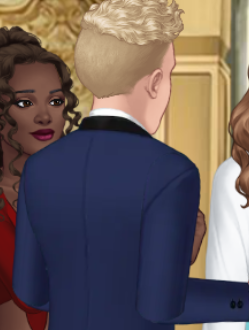 I’m sorry you’re having this problem, hon. The only thing I think you can do is send a support ticket and let them know of this glitch.

Have you tried a different dance animation to see if he’ll turn the right direction?

You are making Ryan face left that’s why he is facing right. Remember that when coding rear animations, you have to make them face the opposite way.

I didn’t even notice she changed the right to left in the second post. lol

I tried it, now he’s not dancing

Can you show us your script? The part where you are coding those characters.

this is the part of the script where i coded them

You could try compressing the code a little bit, like this (I’ve tried it out with some random characters and it works):

However, if this does not work, maybe some other part of the script is making it glitch.

it works, thank you

You haven’t specified in the “walks to” how long it will run for and timings are a bit random when previewing in web preview. If the character is still doing the “walks to” when the code gets to the next animation in your script, it just ignores it.

@Juliett 's answer is perfect because the “then” guarantees the animation will always run after the character finishes walking.