I’m in need of help!

Hi there!
I’m currently working on a story about the zombie apocalypse!! Awesome right! 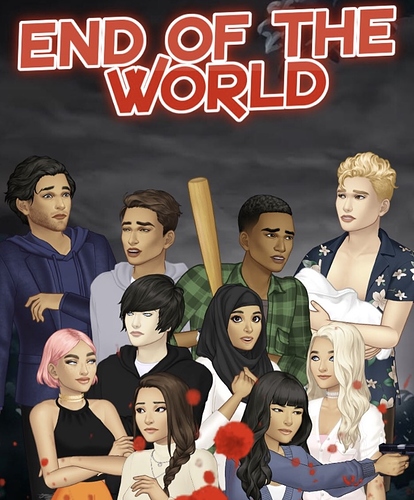 Now, I’ve read a few on episode and don’t get me wrong! They’re great! However, I noticed a big portion of the characters are white and there isn’t much representation.

Hey, zombies don’t discriminate! We all have brains!

So I’m asking you guys for some help

Let me list the races of the MC’s of my story!

If you guys could help me write some of these characters and their cultures, it would help a lot!

I’d rather hear from you guys than google it risking misrepresentation!

I’m Native American so I can successfully write Lumen however if you have any advice for her feel free to share anyways!

Please include advice and things you feel should be portrayed properly! Or anything else you feel is needed!

This is kind of stereotyped, but Asians are supposedly really smart. I’m an Asian myself and I guess that’s kind of true, but it’s not always true for my friends. Idk which way you want to take the Asian character…

Well I don’t belong to any of these cultures, but are you planning to add other characters or editing these ones? Just want to clarify what you’re asking

Oh no, my characters are set in stone. I’m looking for characteristics for them, like traits and features relating to their cultures and any advice about representation!

They look good! Great job. And if you think Majority are white, maybe make the mixed black character part Polish instead of saying Caucasian. Adding in non-POC diversity is nice to do.

It seems you already did that so you are fine.

Well I’d say to avoid stereotyping, when it comes to personality maybe even make character that may go against stereotypes. But I feel as though it’s ethically diverse as it is.

Great cast! But most of them seems to have gold skin colors, maybe switch between rose or neutral (copper would be nice as well) for some characters?

Or you have an effect, if so, sorry

Asians tend to be reserved in some cultures if they are born and raised in their country. But for Asian Americans, they are less reserved, more confident, and open. Not sure if I’m at least 90% accurate but my cousins who came all the way from Vietnam seems more reserved than me and my American raised relatives. I hope that helps with Abby

I just don’t really like episodes other skin tones. They look weird and not very realistic. Like copper for example, any dark shades of copper look literally red. Gold is the closest to realistic I can find, especially when I’m trying to make characters with darker skin. I use either gold or neutral, I don’t touch copper or rose because they’re unrealistic in my opinion

But you’re right, I should dabble with different undertones

Like copper for example, any dark shades of copper look literally red.

Copper 06 is a nightmare to find any matching lip colors.

Good point, I’ll dabble with that! Thanks for the heads up!

hi, I’m hispanic and I could help you with Ben. I don’t know much about Korean culture but if u wanna ask about the hispanic culture I can totally help you. I see a lot of authors trying to use latinx/spaniard characters and some, if not most of them, use google translate which messes up things. spanish is a very complicated language due to its large list of countries where it’s spoken.
if you want to translate words/sentences to spanish or ask me about typical/common behaviors I’m here, it’s really fun to help people with culture related stuff!

btw my ig is @camilowrites so if u want to ask there if it’s easier for u then great!

I’m assuming Luke is the gonna be a the surfer dude kind of Australian? Just guessing based on what his wearing

Oh okies hahaha. I was thinking if you can add more Asians like Malay, Chinese and Indian

I could help with the British one

If you are I can try and help you with that

I know how to speak Spanish!
But if you could tell me about your culture and quirks that would be super helpful!

Yeah! Of course I am