Hi, I know this topic has been created before, but I read through those threads and they didn’t help me for some reason. Maybe I just didn’t understand. But, I’m trying to rotate my overlay in the center of the screen, and I’ve written…

But, the overlay moves somewhere else on the screen! I read one thread where someone said something about resizing the overlay and I did. It’s size is 230x230, but it still does the same thing and the overlay is centered … idk what to do!

Try playing around with the rotates and anchors number. So something like rotates 200 at anchor point 1 1…you have to keep playing with the numbers until you get it. 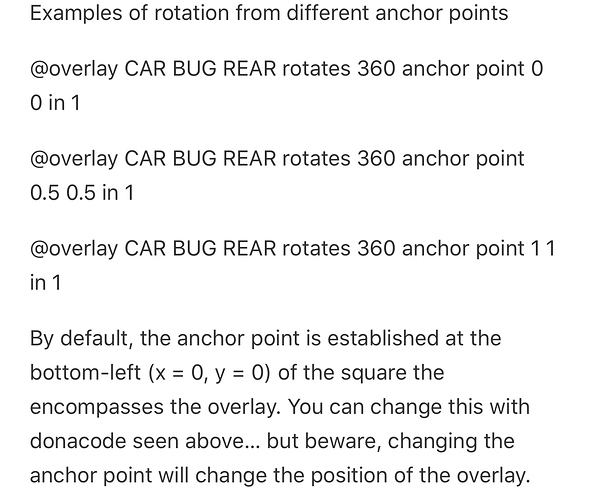 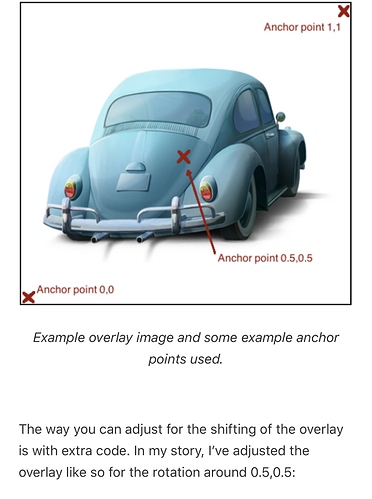 I’ll try playing around with it some more, but the issue is my overlay doesn’t have a whole lot of blank space around it. It’s literally a little square. So, when I change the anchor point to 0 0 or 1 1 the entire overlay moves offscreen.

Maybe that’s the problem? Cause the overlay doesn’t have a whole lot of blank space? 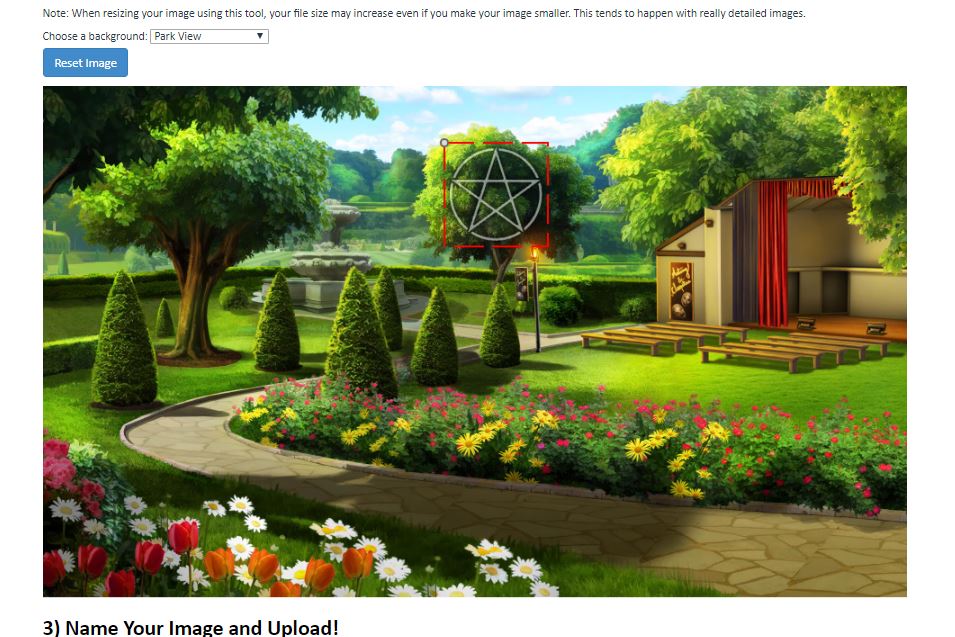 What I do is rotate the overlay and find the co-ordinates for when it’s in the spot fully rotated, so when you do the rotating command you shift it at the same time

That happens to me as well, so, I just do what I wrote above and play with the numbers, the size, etc. until I get it. Have you also tried the easein easeout with it?

You make sense, but the whole overlays thing is confusing all it’s own.

No, I understand what you’re saying. Is there anyway to rotate and shift at the same time without the overlay popping up and then moving? Like I tried to do…

But, the overlay popped up in the wrong spot and then immediately shifted to the new spot…

Nvm, I think I answered my own question. I think I got it…

Closed: Marked as solved. Thanks!